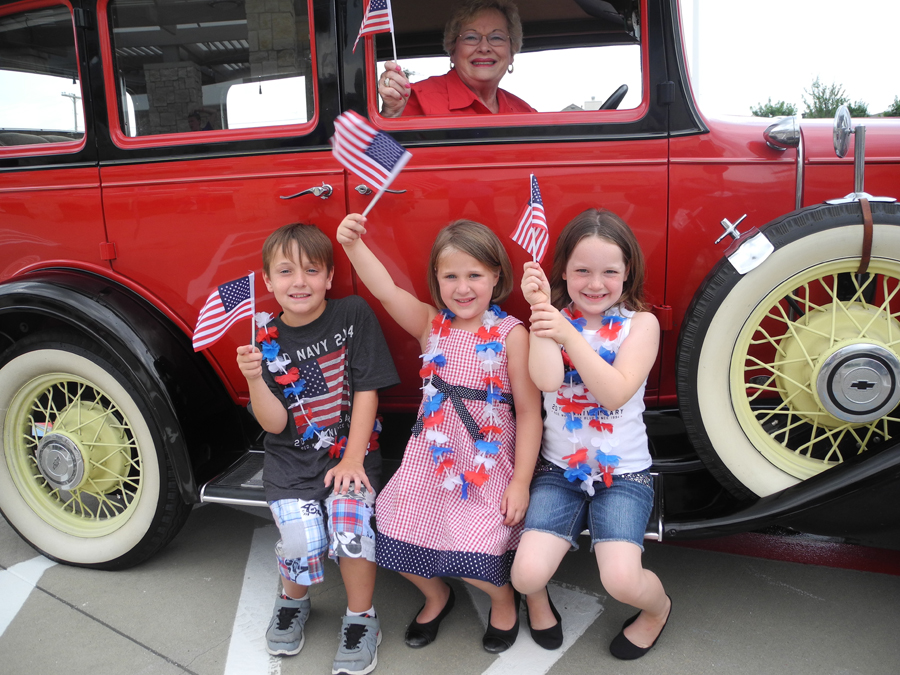 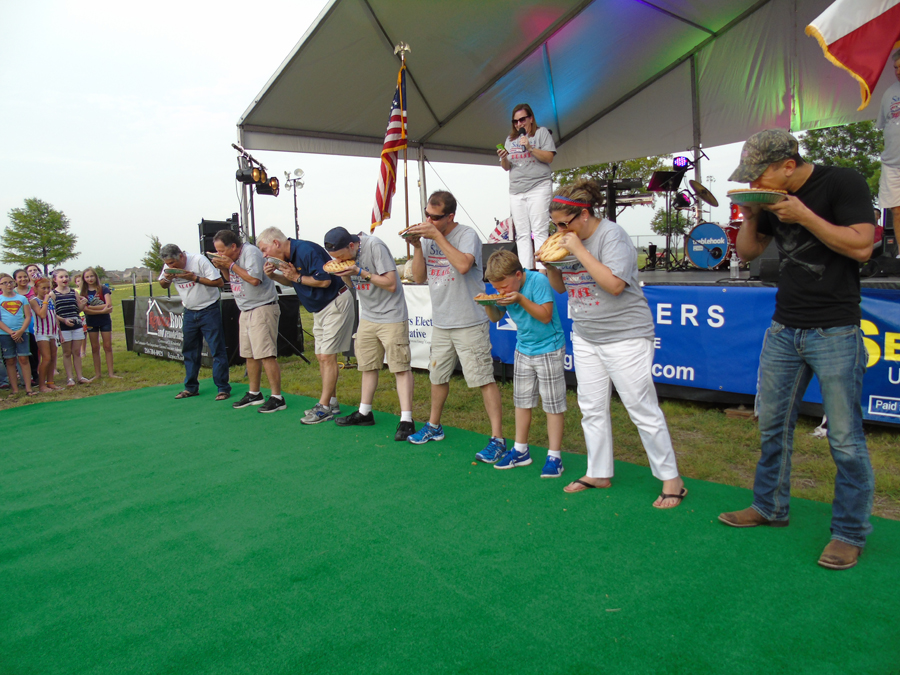 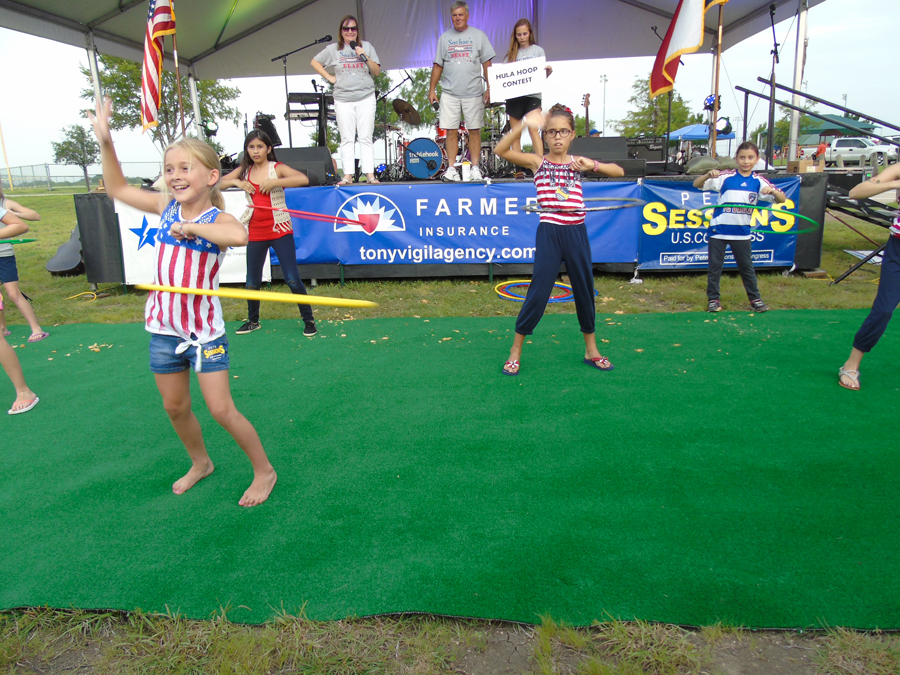 The holiday weather cooperated as an estimated city-wide crowd of about 10,000 gathered for the annual Independence Day Fireworks show and parade.

Later that evening, the skies above Sachse were aglow with a continuous stream of colorful and dramatic fireworks during the annual show July 3 over Heritage Park.

The Sachse Parks and Recreation Department sponsored the parade. This year’s theme was “Red, White and Blue Blast.”

“We envisioned the Sachse parade as a place for people to feel like they are a part of the town and a place where they can meet and visit with neighbors and friends,” said Parks and Recreation Director Lance Whitworth. “This was a wonderful parade where children decorated their wagons or bicycle to be a participant. Some dressed up and walked their dog.”

“The Red, White and Blue Blast was a great collaboration between the city, the Sachse Economic Development Corporation, and the Sachse Chamber of Commerce,” SCC President Mollie Hall said. “The event went off without a hitch and attracted thousands and thousands of people.”

Various past and present elected officials and members of the chamber of commerce attended the event.

“I was told the show provided lots of memories to all the spectators,” he said. “I met folks from all over the region that were in attendance. Great night. Great event.”

“The evening was so perfect,” she said. “People were sharing their food and treats. You could hear ‘Hey, we’ve got extra watermelon and cake down here. Y’all come and get some.’ This is such a great city. I love showing off our parks.”

“I’ve been told that The annual Red, White and Blue Blast continues to grow every year,” City Manager Gina Nash said. “It is such a blessing to see the Sachse community coming together to celebrate our national independence at this family-centered and fun-filled evening.”

People danced the night away to the group’s wide selection of songs ranging from the oldies to today’s hits.

Due to safety reasons, spectators were not allowed within 500 feet of the firing site in Heritage Park.

The fireworks were presented by Zambelli Fireworks International and lasted approximately 25 minutes.

“The cheers and applause provided evidence of the appreciation for the fireworks display,” Felix said. “People from all over the city commented that they felt the display was a great idea that helped bring the community together.”

Mitchell said the turnout at both Heritage Park and the various viewing locations exceeded their expectations.

“This is just what the founders envisioned – a fun and wholesome family-oriented event.”she said, “I am pleased that the city used a high-quality contractor such as Zambelli, and as a citizen, I was very appreciative and supportive of the show.”

Earlier in the evening about 20 floats lined up at the municipal center parking lot, and thousands of spectators lined the parade route to catch a glimpse of the extravagant floats.

Children and families decorated their bikes, scooters, strollers, wagons, farm equipment, roller skates or the family pet to march in the parade.

“The float decorations were very original and colorful,” Parks and recreation Director Lance Whitworth said. “People really put a lot of effort into the project.”