Local citizens hamming it up 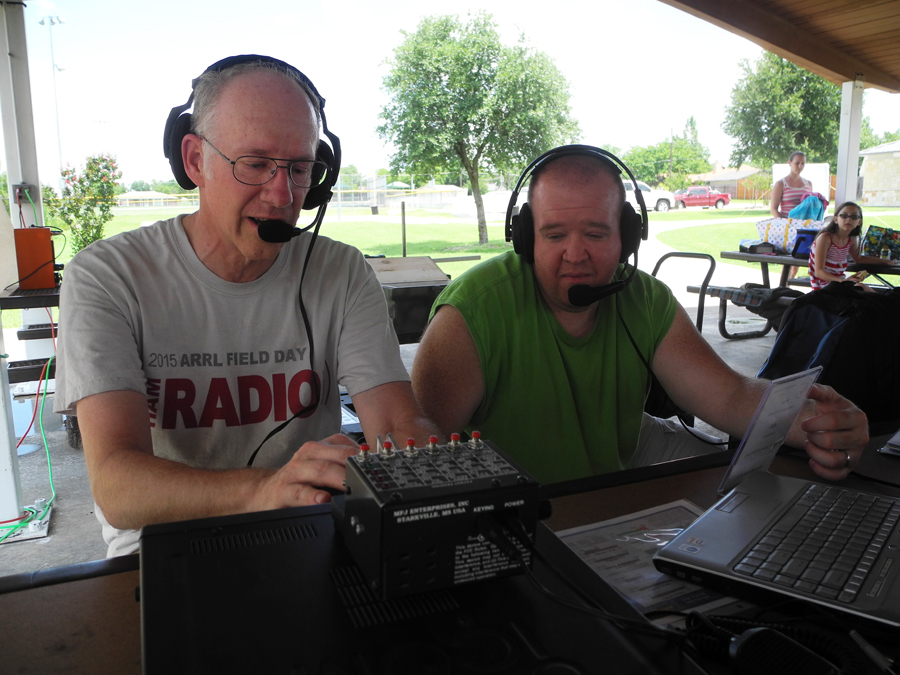 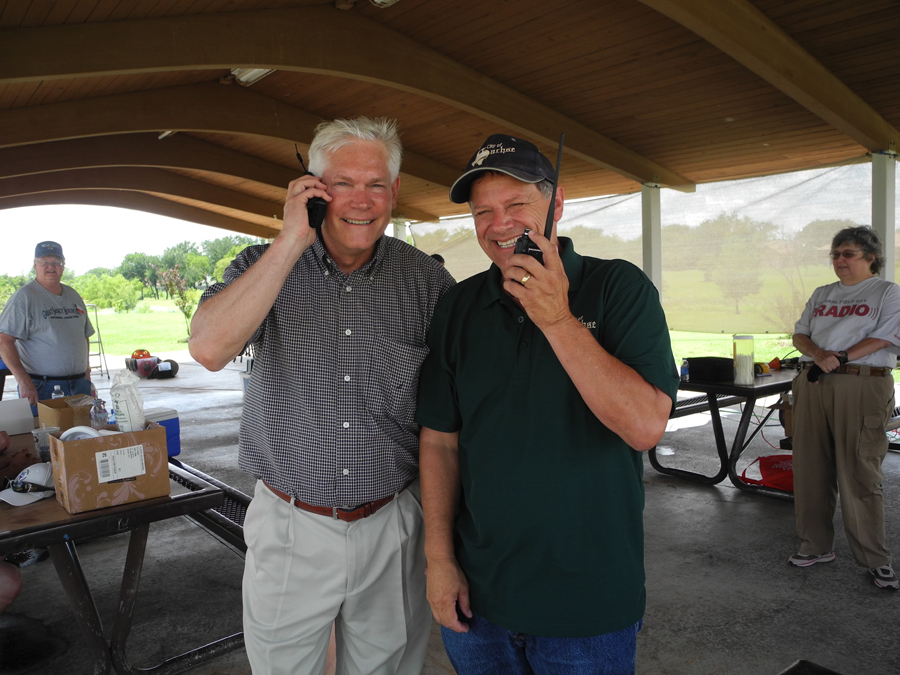 Congressman Pete Sessions “hams it up” with Mayor Mike Felix at the annual radio association event.

“The public was invited to meet and talk with Sachse’s hams to learn what the Amateur Radio Service is about,” SARA Public Information Officer Kerry Krueger said “The community also learned the association’s role in providing emergency and backup communications during and after disaster.”

SARA President Michelle Briggs explained that during times of emergency the organization can relay information via amateur radio.

“Field Day is a fun practice day for possible emergencies in the future,” she said. “During this year’s Field Day, SARA members and guests used voice, Morse code and Phase Shift Keying.”

“The difference between voice communication over radio versus your everyday telephone was that radio is usually simplex while the telephone is duplex,” she said. “That means that while on the radio, we can’t hear what the other party is saying until we quit talking. But while on the telephone, the other person can shout and try to be heard.” John Briggs explained about digital communication methods.

“The original digital communication is Morse Code,” he said. “That system uses a series of short and long sounds, or dots and dashes, to represent letters of the alphabet. Almost everyone knows some of the letters in Morse Code.”

During the event it was explained that SOS is … — …, three dots, three dashes, three dots with a space between each group. And then there is V for Victory which is the opening sequence of the famous Beethoven Symphony. It is …- , three dots and a dash all in a row. That is still useful today because it doesn’t waste the radio signal energy by trying to modulate from soft to loud as is necessary for voice communication. All the signals “go into that simple shout out of dots and dashes.”

Other types of communications are called Packet, Radioteletype and PSK.

“Packet radio grew out of the methods used for Internet communications. It can interface through a computer and actually be used to send email via amateur radio.

“Ham radio operators use the familiar AM and FM frequencies,” Briggs said. “That means Amplitude Modulation and Frequency Modulation.”

During the event SARA members were able to make contact with other radio hams in Italy, Canada, Puerto Rico, the Bahamas, Guam and almost all 50 of the states including Hawaii.

John Briggs said through the years, the news has been full of reports of ham radio operators providing critical communications during unexpected emergencies such as the California wildfires, winter storms, tornadoes and other events worldwide.

“When trouble is brewing, amateur radio’s people are often the first to provide rescuers with critical information and communications,” he said. “Our Field Day exercise was a great success.”

Using only emergency power supplies, ham operators constructed emergency stations in parks, shopping malls, schools and backyards around the country. They can send messages in many forms without the use of systems, Internet or any other infrastructure that can be compromised in a crisis.

During the event, Krueger explained to one of the groups that Morse code isn’t the oldest form of long distance communication.

“Remember smoke signals?” he said. “Hams can even bounce signals off the moon.”