Be wary of vacated snake skins in shrubbery

We built our home and have lived in Sachse for thirteen years. The original plantings put in by the builder have been in place and growing this whole time.

Over the years the house was beginning to disappear behind a wall of greenery. Occasional cutting back helps, but we’re now at the point that major changes need to be made. Some of the original vegetation turned out to be invasive, namely liriope, yaupon holly and nandina. If you don’t stay on top of these three plants, they will sprout up all over your planting beds and try to take over. Yaupon and nandina spread by underground runners so you don’t know where they’ll pop up next until a miniature duplicate of the mama plant emerges. Liriope also has runners but mainly it just gets bigger and bigger and bigger until it rudely runs into its neighbors.

I like to be able to see the bare ground around shrubs and plants. A solid mass of greenery can hide a variety of in- sects and even snakes. It’s the snakes that worry me. I know they’re out there somewhere because on more than one occasion, I’ve come across a vacated snakeskin shed in some snake’s growth cycle. I don’t like snakes, I’m afraid of them. There was a lot of talk about the spring rains driving snakes out into the open. So I’ve begun slowly to dig up the nandinas and their vast network of runners and to take out a good bit of the liriope.

I’ve had two encounters with snakes in my life, both happened in Arizona. Late one afternoon while leisurely hiking up a canyon trail, my companion said quietly, “Don’t take another step, there’s a snake right in front of you.” Well…I spotted it, stopped mid step foot in the air, and preceded to do everything experts say not to do. Adrenalin pumping, arms flailing and screams echoing off the canyon walls, I ran backwards a good fifteen feet! The snake went one way and I went the other. To this day, we don’t know if it was a coral snake or a king snake. We didn’t stick around to check what color ring was next to what color on its slithery evil body.

The next was a three-foot Western diamondback rattler in our backyard that a squawking bird had mesmerized by hovering over it. Can you believe that in Arizona this poisonous snake was considered an endangered species and you weren’t supposed to harm one? Our ten-year-old dog wanted to play with it. So endangered or not, my hubby took a shovel, snuck up behind it and chopped its head off. The bird stayed with the snake’s headless, wiggling body until sundown. That snakeskin including rattles is now a cool hatband on a cowboy hat.

So now the one thing I keep close by when I work in the yard is my shovel. If I happen to see a snake, my plan is to throw the shovel at it and run like heck. Probably scare the snake as much as it scares me. They say you should try to identify the type snake you encounter. Hard to do when you’re at a dead run in the opposite direction. The snake could be perfectly harmless and even a beneficial one that eats small vermin. I don’t care if it’s poisonous or not. Either way …a heart attack is a heart attack! 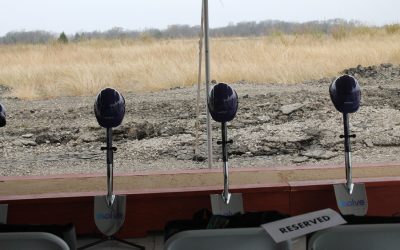 By Connor Pittman [email protected] Shortly after the opening of Trinity Hospital, Sachse is poised to continue growing its footprint in the healthcare industry. Evolve Biologics, Inc., a Canadian-based biotechnology company specializing in protein extraction...

END_OF_DOCUMENT_TOKEN_TO_BE_REPLACED

By Connor Pitman [email protected] Mayor Mike Felix and councilmembers donned the ugliest Christmas sweaters they could find in the last meeting before the Christmas holiday. Sachse City Council received a briefing on the 2021 bond project, during the regular...

END_OF_DOCUMENT_TOKEN_TO_BE_REPLACED 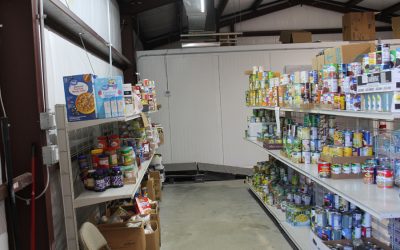 By Connor Pittman [email protected] For some, Christmas is the season for giving, but others are not so fortunate. Several food pantries in the area have reported increased usage over the past several weeks. Mary Warkentine of the Wylie Christian Care Center...

END_OF_DOCUMENT_TOKEN_TO_BE_REPLACED

By Connor Pittman [email protected] Time is money, especially when it comes to the rising cost of higher education (colleges and universities). Garland ISD offers high school students the chance to earn up to 60 college credits with its Early College High...

END_OF_DOCUMENT_TOKEN_TO_BE_REPLACED 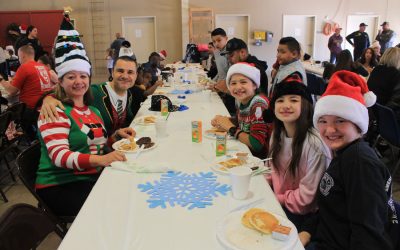 By Connor Pittman [email protected] Santa is making an early trip to Sachse this year to fill his belly with pancakes and orange juice. Sachse’s Fire Rescue will be hosting its annual breakfast with Santa Dec. 4. Residents can come out between 8 a.m.-11 a.m.,...

END_OF_DOCUMENT_TOKEN_TO_BE_REPLACED

By Connor Pittman [email protected]  You won’t want to miss the chance to walk in a winter wonderland at this year’s Christmas celebration in Sachse. The annual Christmas Extravaganza takes place Dec. 8, and begins with the Christmas parade at 6 p.m., and...

END_OF_DOCUMENT_TOKEN_TO_BE_REPLACED

By Connor Pittman [email protected] The spirit of Christmas is giving, and the toy drive conducted by the Sachse Police Department helps spread holiday cheer to families in need. Lt. Steven Doerr, the point of contact and organizer for the last decade,...