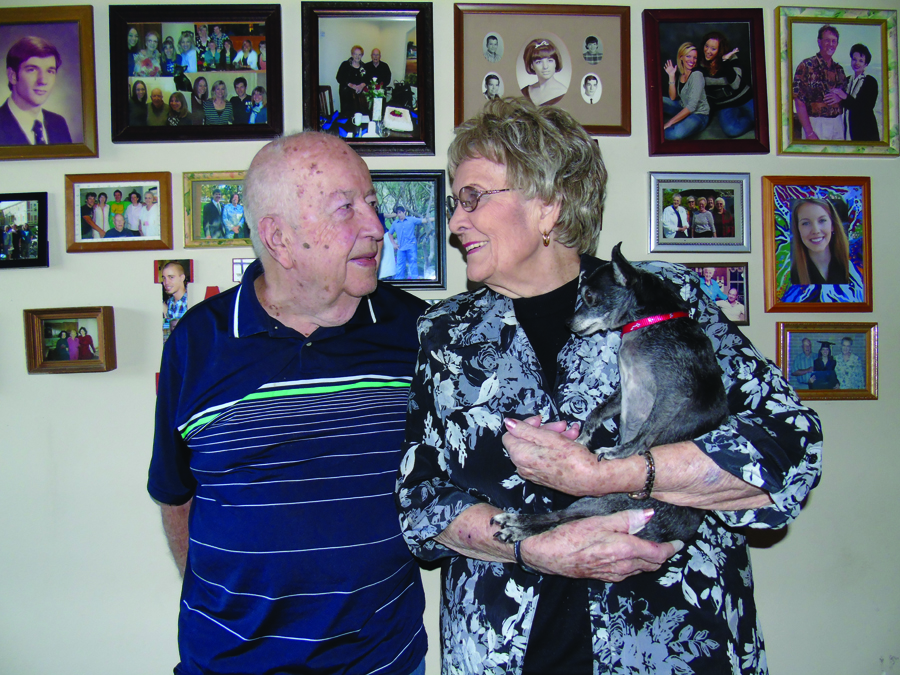 The beauty of true love lies in the process of growing old together and going from being two individuals to one team. Jerry and Harry Word proved that this kind of love is not only possible — but can also be lasting. They have been married for 68 years. Jerry is 83 Harry is 89.

They met in 1946 when she was only 16 and he was 21. Harry had a paper route for the Times Herald and a car. Harry owned a 1936 LaSalle convertible. It was his pride and joy.

Because of the car friends of the couple persuade them to go on double dates.

“We wound up chaperoning our friends,” Jerry said. “We sure loved that car.”

The couple eloped in 1948. “Our families were very supportive,” Jerry said. “We all lived a few houses away.”

During the ensuing years Jerry worked for a time as Dean of Women for Southwestern Bible College.

Harry Designed cotton machinery, worked the assembly line and was project engineer for M&M Mars’s candy. “He ate that candy right off the line,” Jerry teases.

Harry also did several tours in the Navy. He served as Perry Officer Third Class during WWII.

“I was first stationed in Florida,” he said. “Our unit was on the verge of deploying when the war ended.”

The couple settled in Wylie and had five children. They are now living at the Winters Park Assisted Living facility in Garland. The Words have a rescue puppy, Pepper, nine grand children, two great children “And two more great grand kids on the way,” Jerry added.

When asked about the secret of a happy and enduring marriage, Jerry laughed and quickly said.

Jerry said although Harry is not much of a talker – “He is a very good listener.”

The couple spends many afternoons at the Sachse Senior Center. 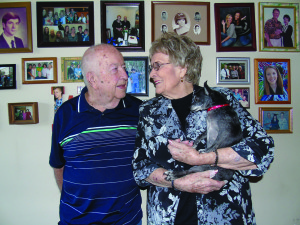 Harry and Jerry Word, along with dog Pepper, stand in front of a wall of photos of their grandchildren and great grandchildren.

END_OF_DOCUMENT_TOKEN_TO_BE_REPLACED

Gov. Greg Abbott announced Sept. 7 that a third special session begins on Sept. 20, with redistricting one of the issues to be considered. The session will include four other agenda items: American Rescue Plan Act appropriations, transgender athletes' participation in...

END_OF_DOCUMENT_TOKEN_TO_BE_REPLACED

Fresh off the first win of the season, the Sachse Mustangs have a short week of work. With a game on tonight and a holiday this past Monday, the Mustangs (1-1) had little practice time ahead of their home game against Denton Braswell (1-1). The Bengals come into the...