Drumming up a future 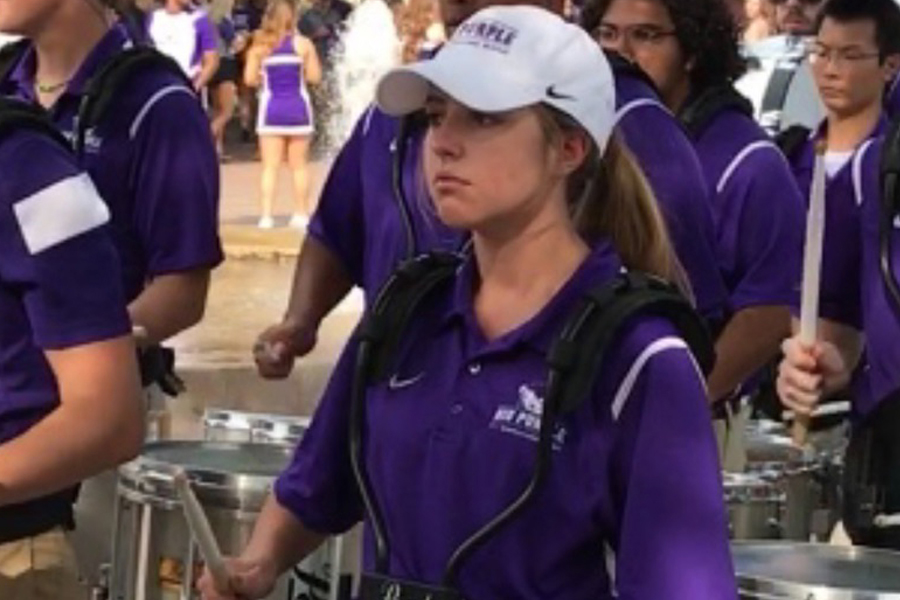 Gabi Brewer has drum line in her blood.

She is one of five siblings, and along with her two brothers and sisters, she has also marched in the percussion section of the marching band at Sachse High School.

However, Gabi is the only one of her siblings that has taken it a step further. She will be marching in the Drum Corps International competition this summer. Gabi made the cut as one of nine snares on the drum line for the Guardians Drum and Bugle Corps based in Houston. She competed against about 150 other drummers for the spot. She started tryouts in November and made the drum corps this month.

“What’s great about drum corps is it’s just full of people who love marching band, who are watching it and who know what you’re doing and they appreciate it,” she said. “I love performing in front of people and drumming with other people who are so talented. It’s just a really cool thing.”

Gabi grew up in Sachse and graduated SHS last year. She is now a freshman at Abilene Christian University and marches in the university band. She is majoring in Kinesiology and plans to pursue a career in occupational therapy. For this student, however, it was her time at SHS that made marching band her passion.

For the full story see the April 19 issue or subscribe online.