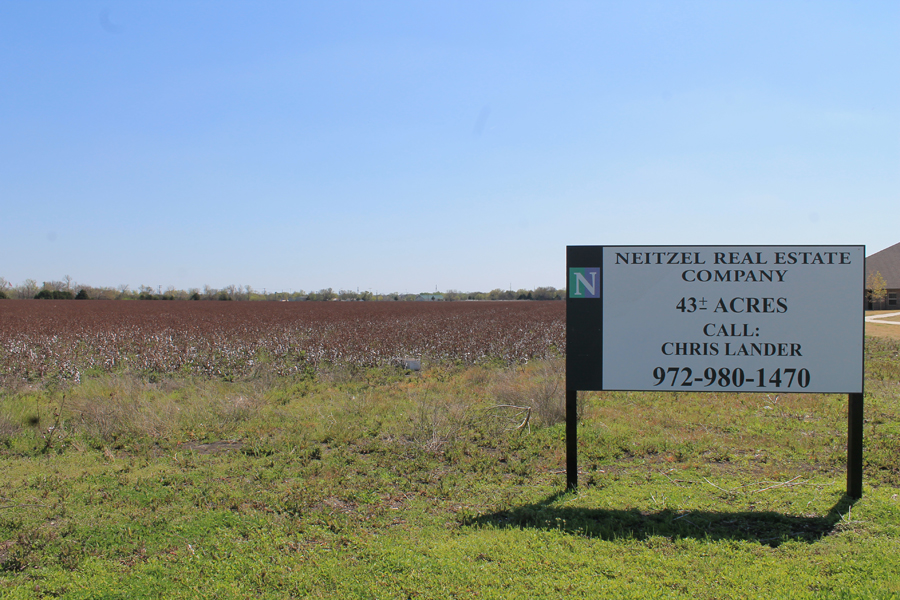 In a city council discussion that lasted more than three hours, 34 residents spoke up about a proposed rezoning of 61 acres of land in order to build 249 single-family homes and 350 multi-family homes.

Council met in regular session Monday, March 18, with a public hearing on the rezoning as the only agenda item. They ended up voting 6-1, with Jeff Bickerstaff voting no, to table the discussion until a later date.

The land in question, currently a cotton field, is along Ranch Road, near Mustang Creek Estates of Sachse and across the street from Whitt Elementary.

Taylor Baird, a partner in PMB Capital Investments, spoke before the public hearing started. He shared his belief that the area would be more viable with surrounding neighborhoods as Planned Development instead of Industrial. The proposed development would require homes to be built using masonry and meet several architectural and landscaping standards, all in hopes of increasing the standard of living. Engineers would also create a detention pond to decrease the potential for flooding.

The majority of speakers opposed the rezoning, and particularly the apartments. They listed a variety of concerns including flooding issues, increased traffic and the overcrowding of Whitt.

For the full story, see the March 28 issue or subscribe online.