Stepping into the spotlight 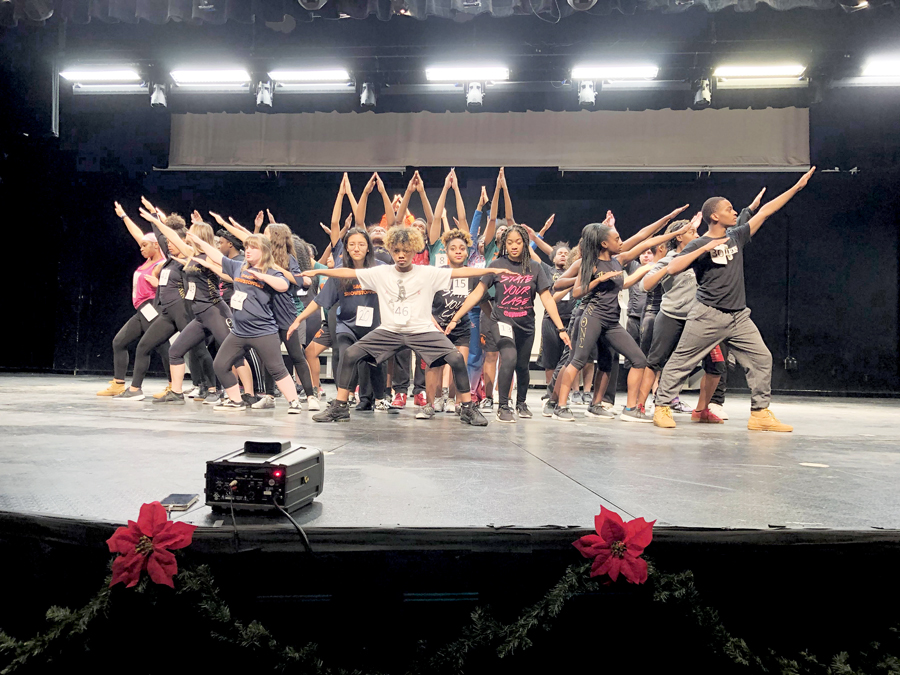 In just a few days, a group of Garland ISD teens will open a show for award-winning performers on one of the biggest stages in North Texas.

Five Sachse High School students will be onstage at the AT&T Performing Arts Center opening for the Blue Man Group Thursday, Jan. 16. They are part of a district-wide step team created specifically for the event.

Each of Garland ISD’s seven high schools contributed members from their individual step teams. Their routine will last about 15 minutes, and each school will have a moment to put their members in the spotlight.

“Everyone is responsible for a different piece [of the routine],” explained Raheem Mitchell, director of the SHS step team. “It’s a melting pot of styles.”

According to Mitchell, stepping also combines dance, theatre and cheerleading.

“It’s a culmination of the arts,” he said. “We primarily use stomping and vocals to show a story arc. Everyone has been supportive and we have great kids on the team. This is the second year for GISD to recognize step as a fine art. That makes the kids feel legitimized, like they’re part of the school. That’s the great thing. The kids take ownership.”

If they spend two years on the team, they are also eligible for a letter jacket.

Similar to steppers, Blue Man Group uses music, art, comedy and nonverbal communication to tell stories on stages. The three men who make up the group have traveled internationally with their show since 1991.

GISD has never before had a district-wide step team. A former student of Becki McDonald, North Garland High School’s step team director, works at the AT&T Performing Arts Center and asked McDonald if her team would like to open for the Blue Man Group. She asked if she could invite steppers from all the GISD schools, and the combined team was born.

They had to keep numbers low, though. All seven directors chose members who are not only talented, but able to handle the pressure of added rehearsals. Most last several hours, some extending from 8 a.m. until 4 p.m.

Despite its physical and mental challenges, the high schoolers enjoy perfecting their art while making new friends.

“It’s been fun,” said SHS sophomore Jakiyah Johnson, the school’s step team captain. “It’s nice to get to interact with other teams. We never really see each other.”

McDonald often sees steppers cheering for those who would normally be their rivals. Now that they have friends on all the teams, they feel solidarity with them even at competitions.

More and more competitions and showcases are formed each year. They’ve been to Oklahoma and St. Louis, and will visit Virginia Beach soon.

High schoolers of all races and genders may audition for their campus’ step team. At Sachse High, it even counts as a full class period and fulfills a P.E. credit.

When they’re not opening shows for nationally-acclaimed performers, the Showstoppers can be found stepping at school assemblies, games, multicultural celebrations and community events.

“We’ve never been able to do something like this,” said SHS sophomore Harley Krikie. “This is such a cool form of art that everyone should get to experience.”

Tickets to the Blue Man Group’s Dallas tour are available at attpac.org/on-sale/2020/blue-man-group. They will be Dallas’ AT&T Performing Arts Center Jan. 15-19.