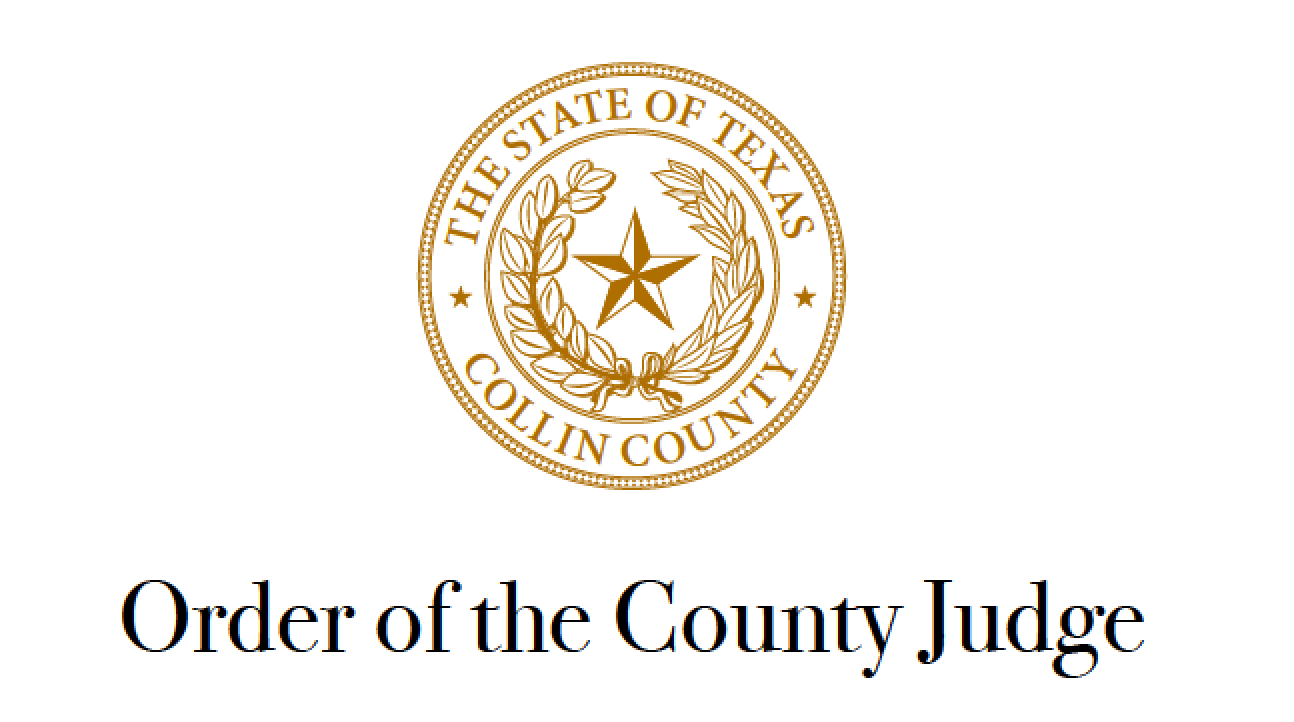 Order of the County Judge rescinded

The Collin County Commissioners Court convened Monday afternoon, March 30, to extend a declaration on the novel coronavirus (COVID-19) and provide some clarification on the order issued a week earlier by County Judge Chris Hill and changed it again the next day.

Yesterday, March 31, Hill rescinded the declaration extension to follow, instead, an executive order issued by Gov. Greg Abbott. Neither the governor’s or county’s declarations were as strict as those issued by municipalities and adjoining counties.

The clarification of the county declaration softened a statement a week earlier by the judge that his order overrides restrictions placed on the public by individual cities.

In a press conference yesterday afternoon, Hill said that the county was reviewing Gov. Abbott’s order and a response would be issued as soon as possible.

Since the March 24 order is no longer in force, Collin County’s local governments’ and the state’s restrictions mandate which businesses can operate, or should be closed.

A lawsuit was filed last week by McKinney resident Derek Baker seeking to overturn a more stringent declaration in McKinney that the plaintiff contended did not follow the county order. Judge Jill Willis, who presides over the county’s 429th district court, ruled in favor of McKinney in a hearing on March 31.