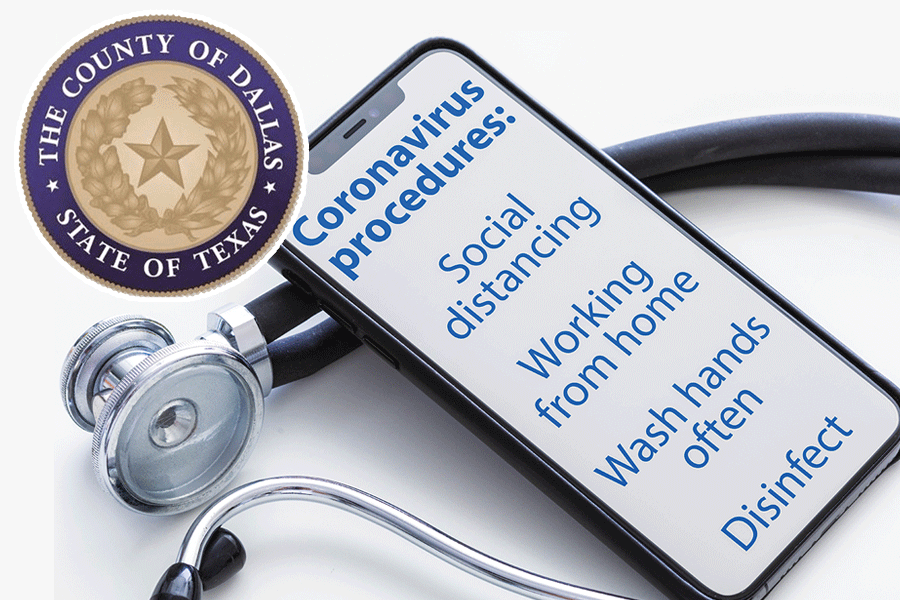 Dallas County Health and Human Services reported 3 deaths and 308 new cases of COVID-19 on Aug. 20, bringing the total case count in Dallas County to 66,772 with 846 total deaths to date.

The total new cases today include 206 from Texas Department of State Health Services, primarily from June (172) as well as July (32) and earlier in August (2).

The three deaths reported today are the following:

A man in his 30’s who was a resident of the City of Dallas who had been critically ill in an area hospital and did not have underlying high risk health conditions.

A woman in her 60’s who was a resident of the City of Mesquite who had been critically ill in an area hospital and had underlying high risk health conditions.

A man in his 70’s who was a resident of the City of Dallas who had been critically ill in an area hospital and had underlying high risk health conditions.

Of all confirmed cases requiring hospitalization to date, more than two-thirds have been under 65 years of age. Diabetes has been an underlying high-risk health condition reported in about a third of all hospitalized patients with COVID-19. The 7-day average daily new confirmed and probable COVID-19 cases (by date of test collection) for CDC week 32 was 398.

The percentage of respiratory specimens testing positive for SARS-CoV-2 has been declining but remains high, with about 14% of symptomatic patients presenting to area hospitals testing positive in week 32. Of the total confirmed deaths reported to date, about 26% have been associated with long-term care facilities. New cases are being reported as a daily aggregate, with a more detailed summary report updated Tuesdays and Fridays.