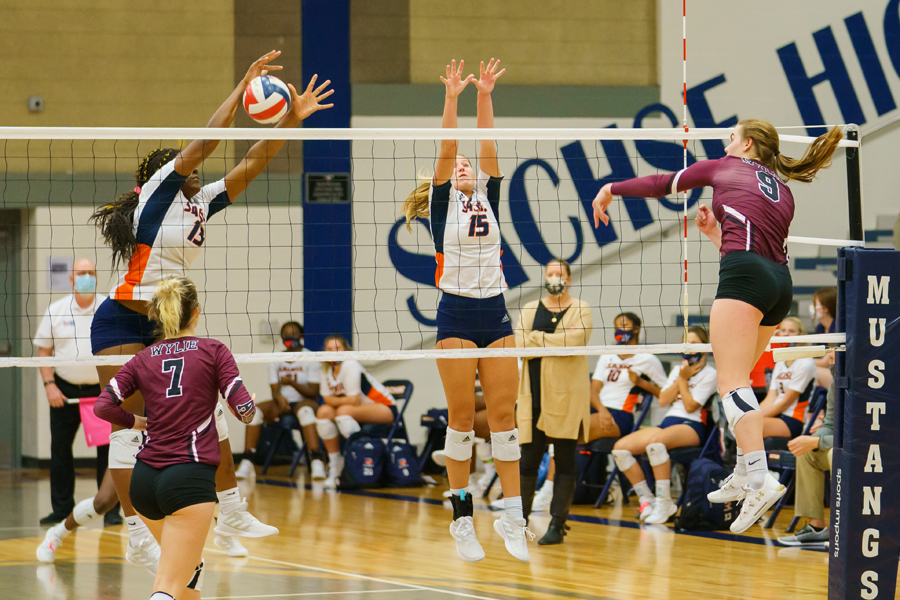 After losing their first game all season, Sachse has a new win streak.

The Lady Mustangs went three for three in the past week, knocking off Rowlett, Lakeview Centennial and Highland Park. They proved themselves as road warriors, traveling to each of those respective schools to get the win.

The first win came against Rowlett last Tuesday, winning all three sets 25-12, 25-6 and 25-14. Sachse controlled the match throughout and really put it to rest in the second set. They opened the set with a run of 16 straight points, dominating the Eagles at the net. By that point, it seemed like Rowlett had no option to combat players like Kayla Grant, who led the team with 11 kills.

The Mustangs continued the newfound streak as they swept Lakeview Centennial on Friday. They won the match 25-14, 25-9, 25-10, advancing their streak to nine straight sets in a row.

For the full story, see our Nov. 12 issue or subscribe online.