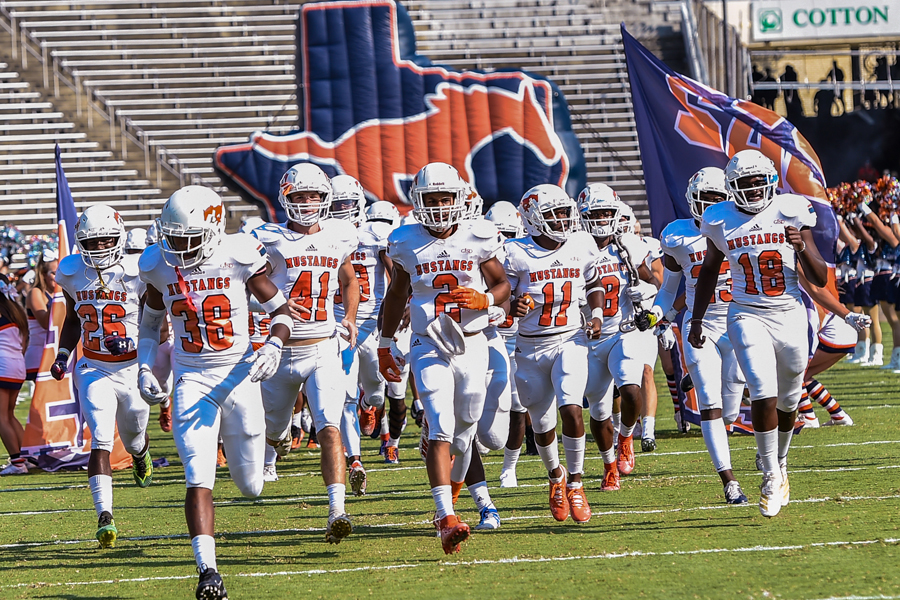 Sachse eliminated after being shut out in second half

After scoring two touchdowns on its first three possessions, it seemed like Sachse was going to dominate and advance to the next round.

Skyline continued to battle and chip away at the lead. Eventually, it was the Raiders who came out on top, winning 21-14 in the comeback victory.

After turning the ball over on downs on its opening possession, Sachse went the length of the field on its next two drives. A 39-yard pass to Jagger Roland set up quarterback Alex Orji, who scored on an 8-yard touchdown run.

It was Orji again on the second drive, who found Jacorrie Mims on the outside who spun his way into the open field for a 33-yard touchdown pass. After head coach Mark Behrens said the offense was struggling with consistency, Sachse had everything clicking up 14-0 with less than a minute left in the first quarter.

The Mustangs were shut out from then on. The Raiders shut down Sachse’s rushing attack and Orji failed to connect with his receivers without his top target Tyler Williams. While Sachse’s defense kept them in the game, Skyline was able to score on three long touchdown passes, two to star wide receiver Quaydarius Davis, who had three catches for 110 and two touchdowns. His 55-yard score put Skyline ahead for good.

While Sachse’s season ended, Skyline will advance to play Duncanville in the next round.

For the full story, see our Dec. 17 issue or subscribe online.