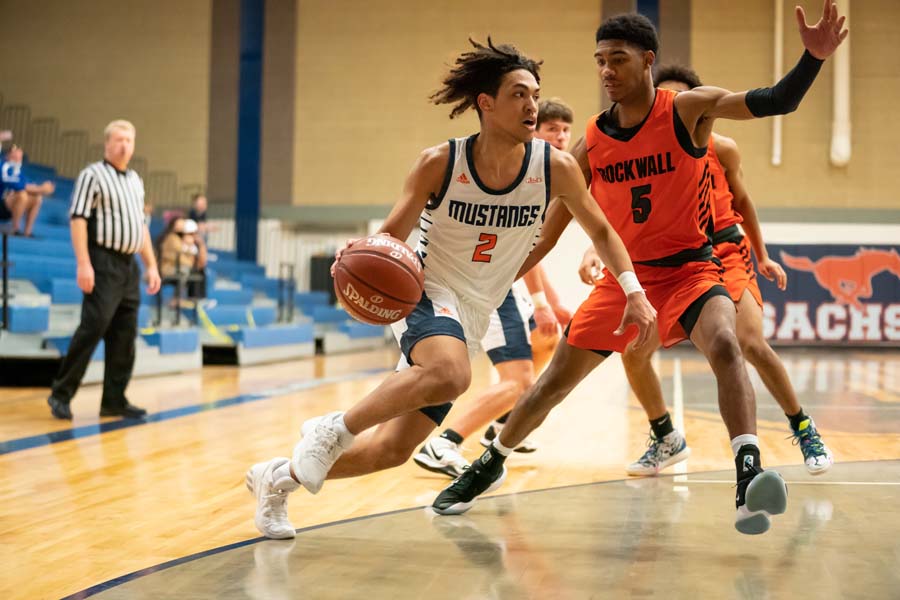 After a few weeks off, Sachse boys’ basketball team finally was able to get back to the court.

Playing in their first game since Nov. 21, the Mustangs hosted the Wylie East Raiders and showed their ability on the defensive end. Sachse dominated the second and third quarters on the way to a 67-52 victory.

The Mustangs outscored the Raiders 42-20 in the second and third quarters to pace themselves to victory, including holding the Raiders to eight points in the second. Sachse was able to overwhelm Wylie East with its guard play, with shooting guard Dylan McKeon leading the team with 22 points and point guard RJ Chatman following right behind him with 14 of his own. Sachse also had Ethan Dunnam inside, who had 13.

For the full story, see our Dec. 17 issue or subscribe online.