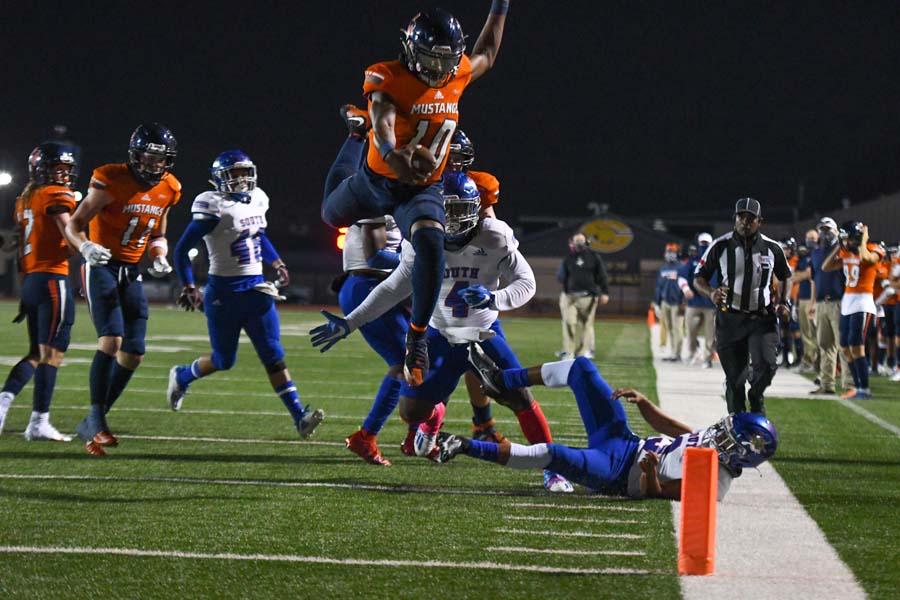 After Sachse’s bi-district playoff loss to Skyline, one player could be seen on the field, chanting the school fight song as the Mustangs went home empty-handed.

That player was Ricardo Ochoa, the senior leader for the Sachse Mustangs football team. The starting center for the Mus­tangs, Ochoa was everything a successful team needed from of its players. He was a player who played for his team and sacrificed everything to try and win. Battling an ankle injury all season, Ochoa put it all on the line for Sachse and was named to the first-team of the district 9-6A all-district awards follow­ing his senior season.

Joining him in the first team was one of the most talented players in the district. Alex Orji was the starting quarter­back and punter for Sachse, and he was as dynamic of a player as they came last year. Taking home the athlete spot on the first-team, Orji had a sensational season leading the Mustang offense. The junior finished with 2,329 yards and 25 touchdowns for the season, showing he deserved every bit of his three-star college recruit recognition.

For the full story, see our Dec. 24 issue or subscribe online.