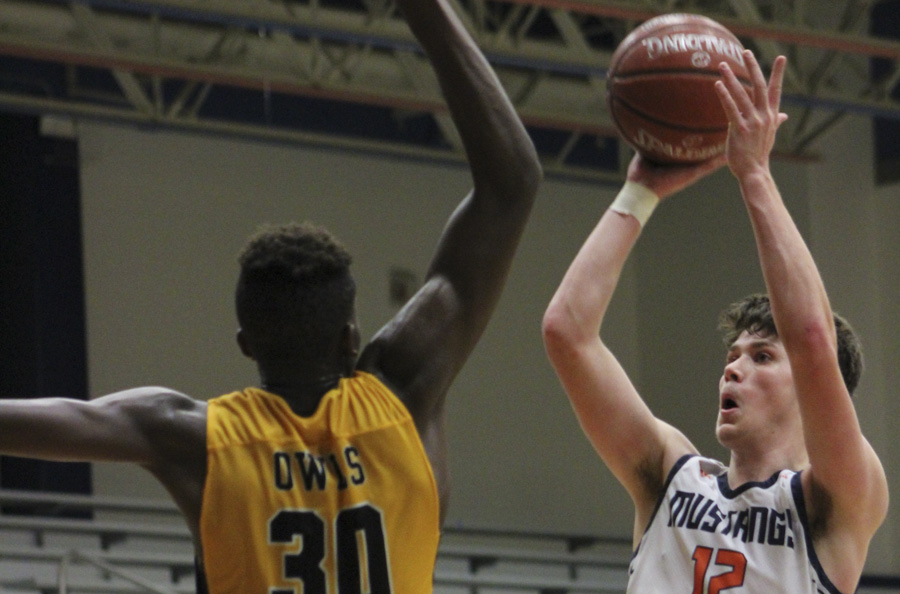 In a desperate need to turn things around, the Sachse boys basketball team needed a win.

Losing in back-to-back games, the Mustangs found themselves slipping down the district standings into fourth place and South Garland hot on their heels. They had two games on the docket, needing to win at least one to create a tie for fourth place and the final playoff spot.

The first game, on Feb. 2, was a game against Wylie in which a miserable third quarter spelled doom for the Pirates. After going into the half with a three-point lead, Wylie struggled to hit a shot in the third quarter and Sachse outscored them 23-6. The Pirates responded with a 25-16 advantage in the fourth quarter, but ultimately it was the Mustangs who came out on top 65-57.

Sachse’s huge run to start the second half was sparked by Dylan McKeon, who has been one of the best players in District 9-6A this season. He led the way once again with 22 points, while his backcourt partner RJ Chatman contributed 11 points of his own. The Mustangs also got an inside presence in the game, with Alex Orji scoring 19 points from the interior.

For the full story, see our Feb. 11 issue or subscribe online.