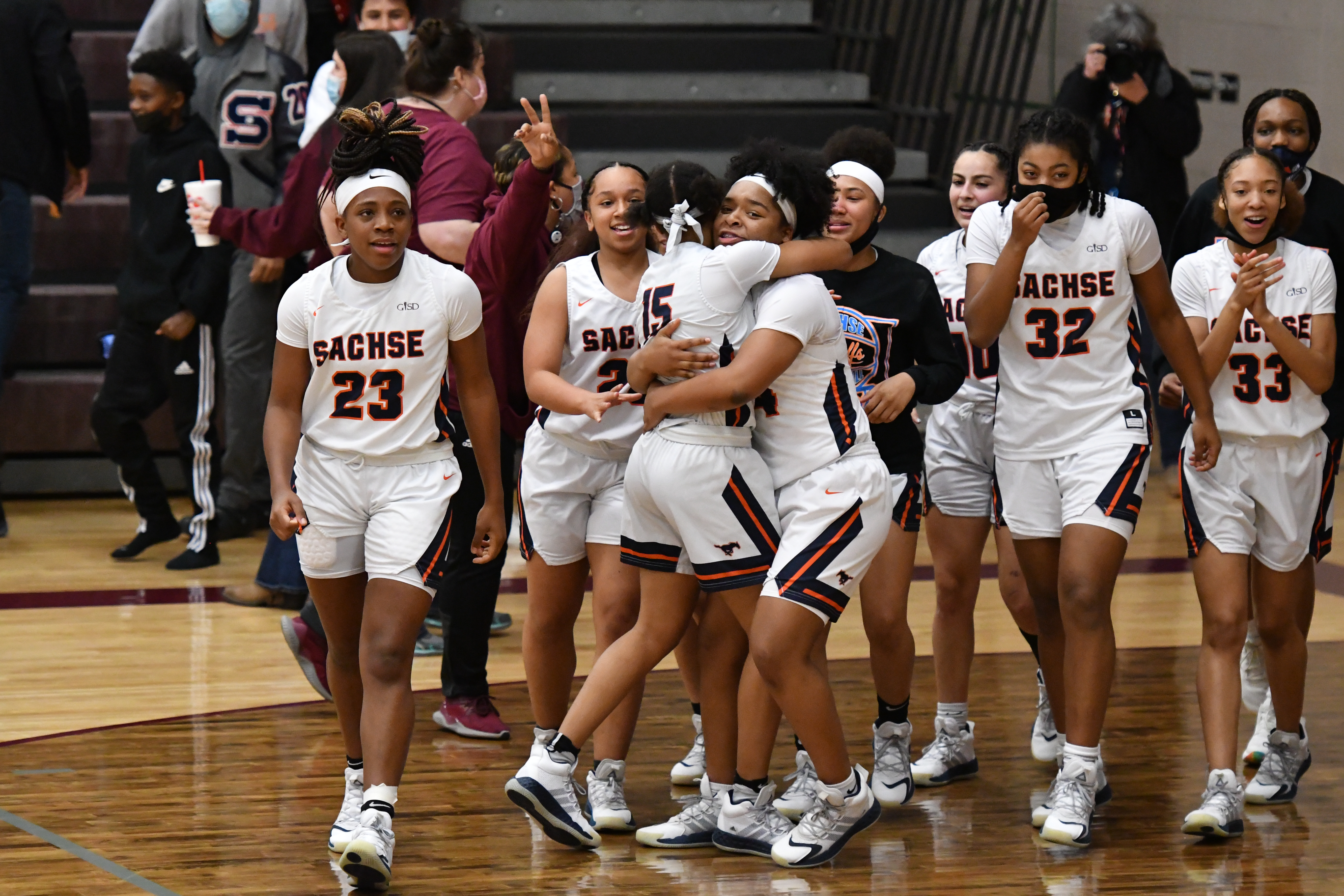 After finding themselves down double digits in the fourth quarter, all hope appeared lost for the Sachse Lady Mustangs playoff hopes in 2021.

But after staging a comeback for the ages, Sachse’s go-to scorer all season Crislyn Rose received the pass on the wing, attacked the basket and hit the game-winning basket as time expired. When it seemed nearly impossible, Sachse ended the game as bi-district champions, beating Rockwall 45-44 on Friday.

Rose led the way for the Lady Mustangs with a game-high 17 points, as they outscored the Lady Yellowjackets 16-2 in the final five minutes of the game to complete the comeback. Multiple players stepped up and contributed to the comeback, with Neenah George scoring 10 points and making the assist on the final basket. She also came up with big steals that swung momentum back in Sachse’s favor. Brianna Salazar scored six points on two three-point field goals in the fourth quarter that sparked the comeback.

Sachse advances to face the winner of Harker Heights and Mansfield, who play Saturday.