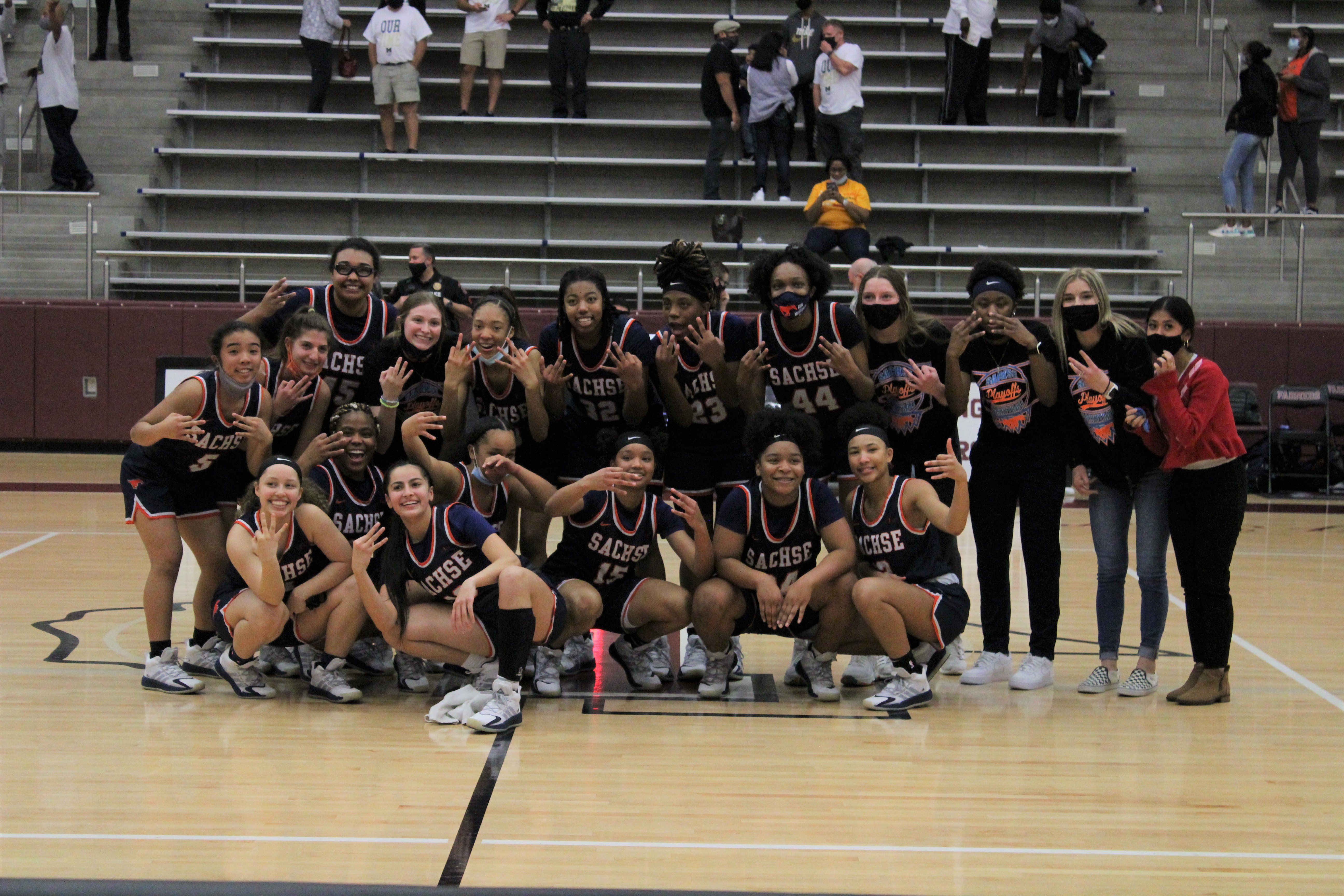 Don’t call it a comeback: Rose, Lady Mustangs battle back to beat Mansfield

The Sachse girls basketball team came up big once again when it mattered most.

Facing a double-digit deficit in their second straight playoff game, the Lady Mustangs battled back to knock off Mansfield in the area championship 56-54. Once again, it was Crislyn Rose at the buzzer, with the score even and time winding down, she drove from the top of the key to the right block and hit the shot-off glass as time expired.

It looked eerily similar to her game-winner in the bi-district round because she managed to drive to the ball to nearly the same spot to bank it in. Leading Sachse’s late surge, Rose scored a game-high 22 points in the win.

Sachse held a slight 26-24 lead heading into the halftime break when it was Rose who hit the layup to give them the lead over Mansfield. The Lady Tigers, who played their first postseason game just last Saturday because of weather delays, found a rhythm in the third quarter and went on a 16-0 run, and led the game by as many as 12 points in the third quarter. That’s when Sachse began to come back once again, scoring five straight to end the third quarter, then outscoring Mansfield 22-12 in the fourth quarter to seal the victory. This marks the fourth straight season reaching the regional quarterfinals for the Sachse Lady Mustangs.