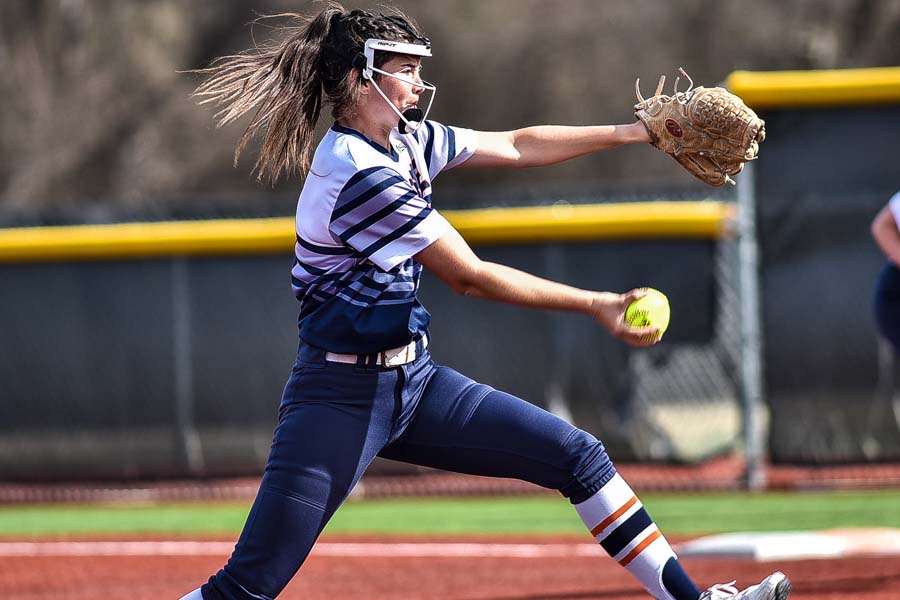 The Sachse Lady Mustangs played just one game last week but made it count.

Sachse took on Rowlett last Friday, March 19, and capitalized with their bats in a convincing 17-0 win. The game ended in just three innings of work after the Lady Mustangs scored 10 runs in the bottom of the first inning, led by an inside the park home run by Kayla Olthouse. In total, Sachse scored their 17 runs in just two innings of hitting and on nine hits in total.

Along with Olthouse’s home run, she also dominated on the mound, pitching three no-hit innings in which she struck out eight batters.

After hitting the first batter of the game, Olthouse retired the next nine batters she faced, including striking out the final six Lady Eagles batters of the game. For the season, Olthouse has an ERA of 3.24 in 14 appearances.

Sachse now sits at 11-4-1 on the season with a 3-0 record in District 9-6A. So far in their three district contests, the Lady Mustangs have outscored their opponents 64-4, and have 183 hits on the season.

Sachse’s next game after the win is at North Garland on Friday, March 26. This game is on the heels of playing Lakeview Centennial the previous Tuesday. The first pitch is scheduled for 6:30 p.m.