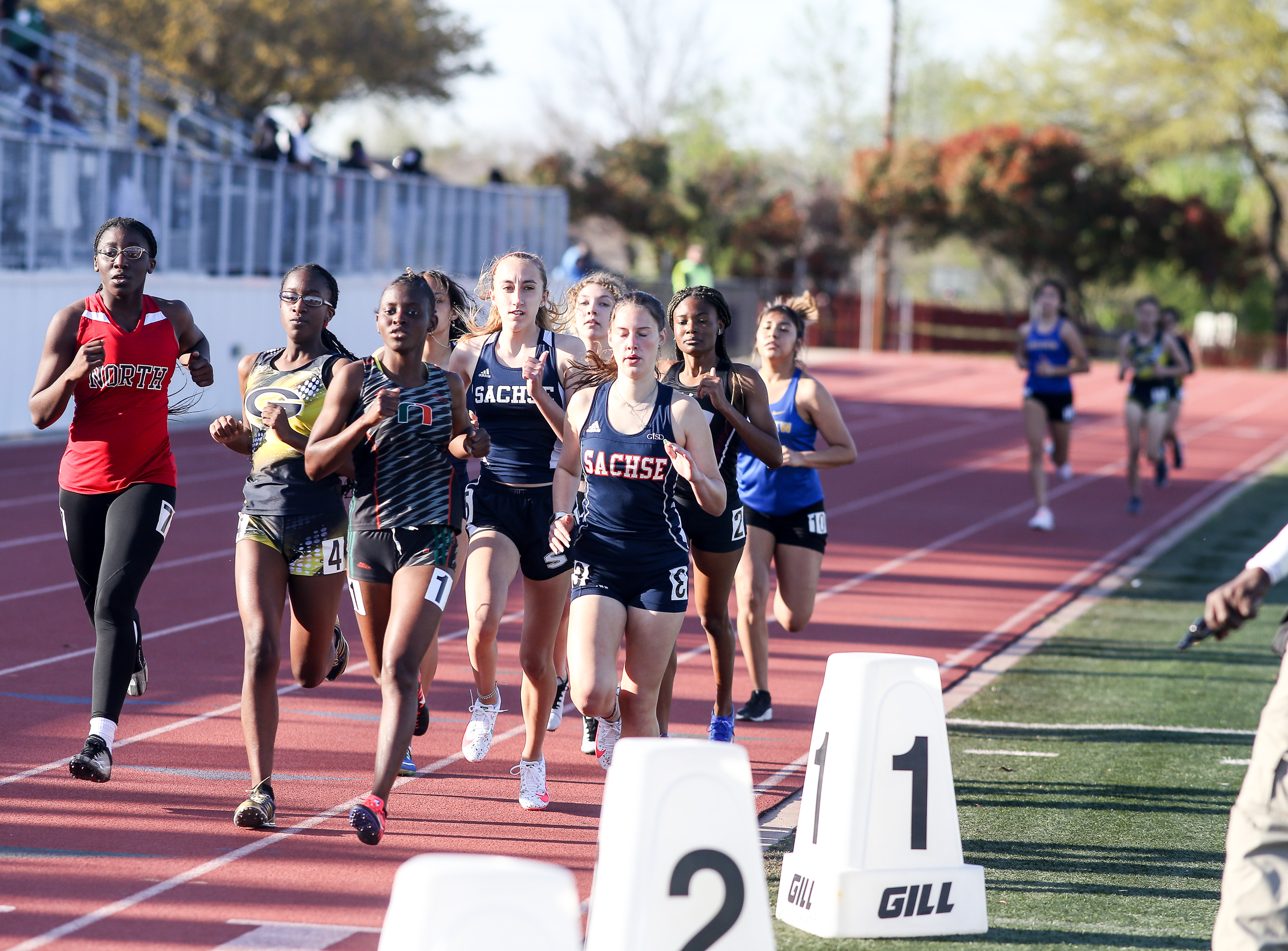 Competing in the championships on March 30 and 31, the Wylie Pirates won the district with relative ease, finishing with 205 points. Sachse (103), Lakeview Centennial (98), Naaman Forest (86) and Rowlett (62) rounded out the top five in the boys division.

The girls had a more competitive finish but Wylie came out on top again, finishing with 236 points. Sachse was their closest competitor (202), while Naaman Forest (91), Garland (43) and Lakeview Centennial (26) each finished in the top five as well.

With the top four in each competition earning a spot in the area championship on April 15, Sachse had many qualifiers throughout the competition. In the girls 100-meter dash, Hannah Lowe (12.79) and Mitzi Harrison (12.96) finished third and fourth, respectively.

The girls also had two representatives in the 200, with Kennedy Swan (25.20) finishing second in a photo finish to Wylie’s Trinity Johnson. Nia Johnson also was able to qualify, finishing fourth (26.84).

In the 400-meter dash, Lazariah Bethany finished third overall (1:01.51) while the boys finally got on the board with two qualifiers. Jamari Harts (48.50) finished first overall, while his teammate Jaqualand Fields came in third place (49.7).

It was the girls again who had qualifiers in the long-distance events, with Sachse’s Anna Eischen (5:49.75), Madison Ramirez (5:55.41) and Gracia Leonard (5:57.4) qualifying by finishing second, third and fourth, respectively. The three runners also finished in the same spot in the 3200-meter, as Wylie’s Liv Lambert finished first overall in both events.

Sachse excelled in the field events, starting with the girls discus throw. Favor Anyanwu (124-11) had the longest throw of the afternoon, while Nya Brown (97-11) came in second place.

The Mustangs had two pole-vault qualifiers, with Ally Cheek finishing second in the girls competition by tiebreaker (9-0) and Jack Wilson finishing fourth for the boys (11-0).