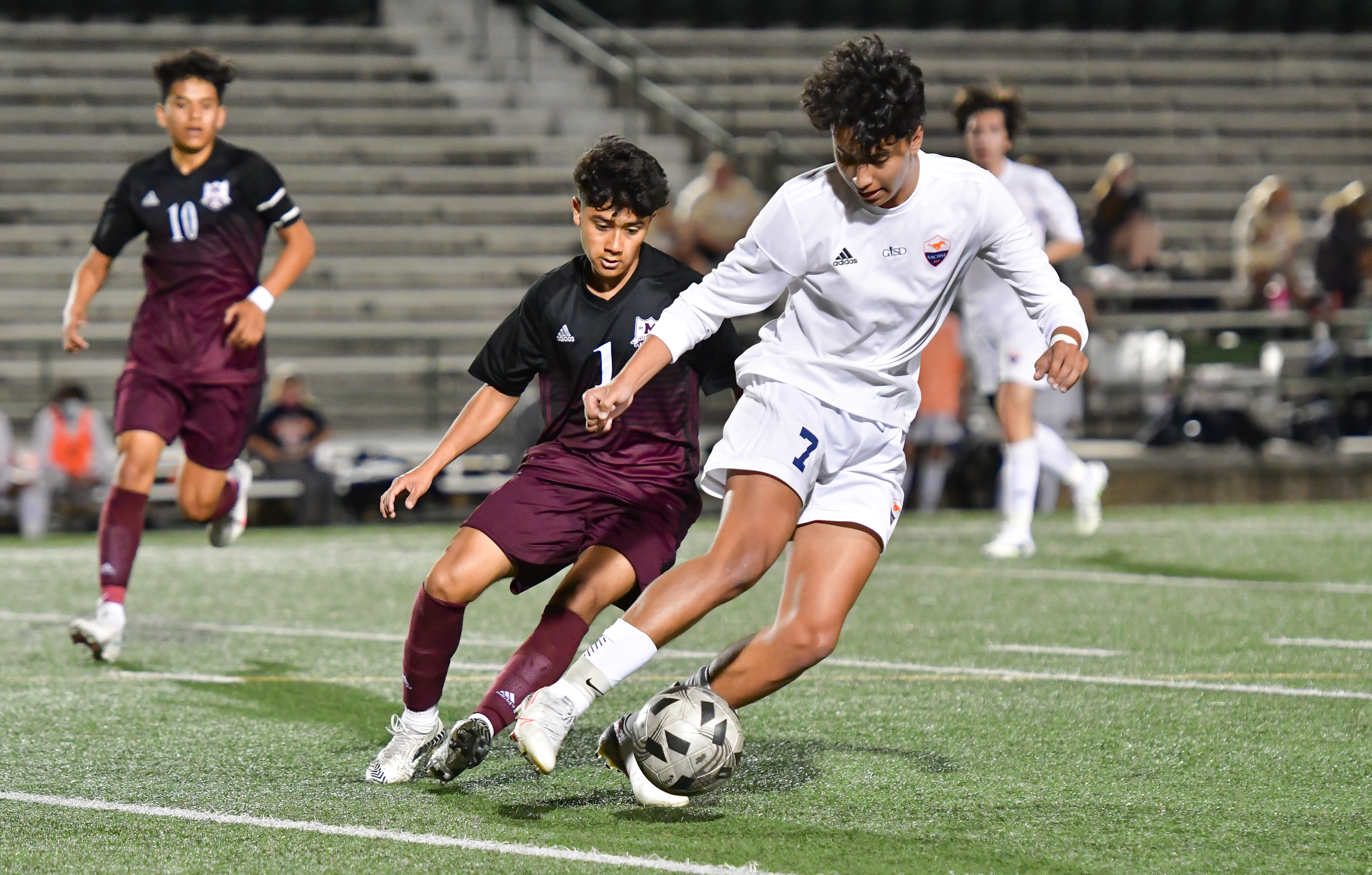 With the clock winding down, Lake Ridge had one more opportunity to tie the Sachse boys soccer team.

A long free-kick attempt flew optimistically into the box, but standing in the way once again was the Sachse defensive backline. Impenetrable for much of the game, they cleared the ball away and the clock hit zero. The Mustangs advanced to the regional semifinals of the postseason with a 1-0 victory on April 2.

Lake Ridge controlled possession for the majority of the game, but Sachse was opportunistic in creating chances. With 22 minutes remaining in the first half, a failed clearance from Lake Ridge fell to the right foot of Dalessandro Rios. He volleyed the shot into the back of the net to give the Mustangs the lead for good.

When Lake Ridge got past Sachse’s defense, Carlos Vasquez was up to the task. The Eagles had two big chances in the game. Late in the first half, they were able to catch the Mustangs by surprise with a through ball, but a diving save from Vasquez kept the score even. Off of a corner kick in the second half, a Lake Ridge attacker volleyed the ball into the ground and it bounced on goal, but once again it was Vasquez there to make the diving save.

In the final 30 minutes, Sachse held the line and cleared away all of Lake Ridge’s chances. The victory moved the Mustangs on to the next round, where they will play the winner of MacArthur and Bridgeland at a date to be determined.