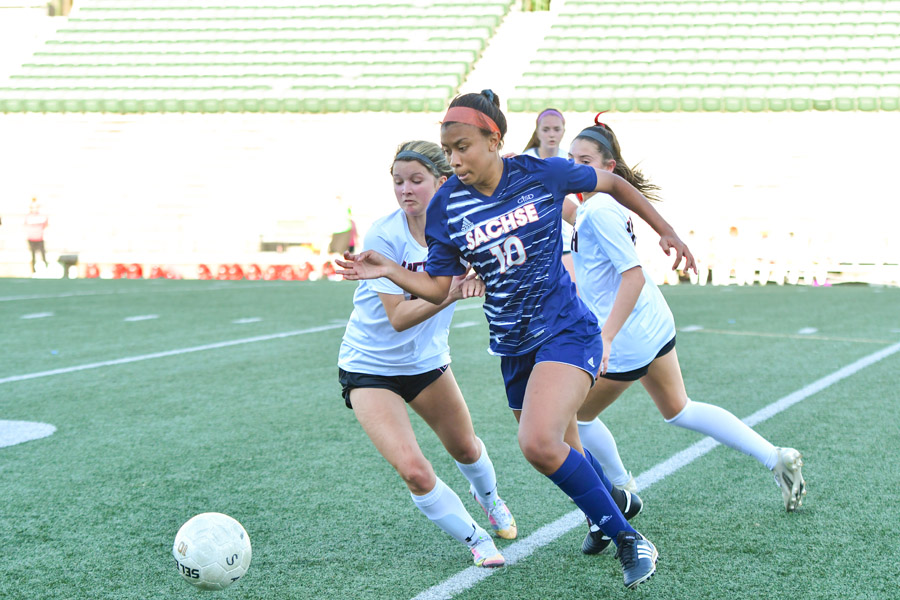 It was a promising start for the Sachse Lady Mustangs soccer team.

Nia Chacon scored an early goal for the Lady Mustangs to give them a 1-0 lead into half­time in their area playoff game against Belton High School on March 30, but they couldn’t hold off the Lady Tigers, who tied the game and won the pen­alty shootout 6-5.

The game was a physi­cal, defensive display from both teams, with neither team looking to give up any great chances throughout the match. Belton stuck to their game plan and finally leveled the score in the second half, and Sachse couldn’t break through one last time. The game went to extra time, where Sachse failed to convert any opportu­nities over the 20 minute over­time period.

The penalty kicks were even through the first five kicks, leading to sudden death shots between the two teams. That’s when the Lady Tigers won the area championship game and moved on to the next round.

The loss ended Sachse’s season at a 16-3-2 overall re­cord and 12-1-1 record in dis­trict play. The Lady Mustangs ended the season winning 13 of their final 15 games, and they didn’t have a single loss in regulation since Jan. 26. Sachse outscored their op­ponents 83-13 for the season.