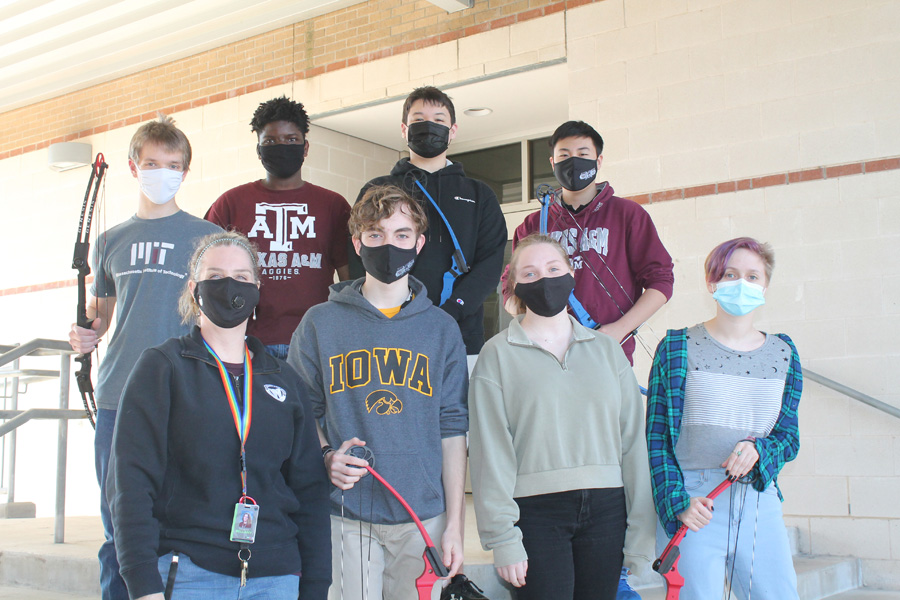 “So, getting to spend my birth­day with my team was fantastic, and especially because last year I couldn’t spend it with anybody except for the people I live with, and obviously, I’m thankful that I got to do that,” she said. “But it was like having a great expe­rience and a great day with peo­ple that I love and care about and feel the same way about me.”The good times did not end for the archery team at Belton, as AHMO Bowmen will continue their journey to the national com­petition. The archery team earned high enough scores at the state competition on March 23 and will now move on to the nation­als, which will be held between April 18 and May 8.

WHS had two teams perform at state, with 26 archers in all. Team I finished 27th out of 120 teams and Team II finished 38th out of 120, said Michelle Bella­my, team coach and sponsor. Any team could compete at nationals, which will be a virtual event this year. The event was going to be held in Louisville, Kentucky, but the pandemic forced the event to go to a virtual setting.

Bellamy said the national competition stands as something for the students to celebrate.