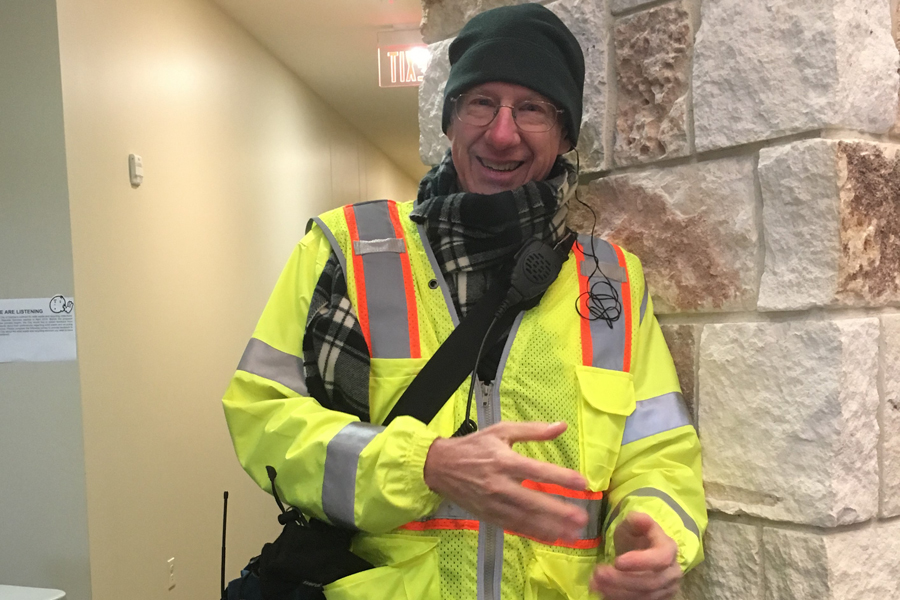 It didn’t take long for John Briggs to become a Community Emergency Response Team (CERT) member after moving to Sachse in December 2009.

Briggs, a Virginia native and retired Air Force veteran, lived in many differ­ent states while working on his second career at Boeing. He first became famil­iar with CERT in 2007 while living in Maine. After relocating to Sachse, he quickly sought out the CERT organiza­tion.

“I enjoy public service work and the interaction with the public, and we just have a great bunch of folks on the CERT team,” Briggs said. “It’s a real di­verse group. There are so many differ­ent skills and training that our 50 plus members have that really makes the work fun.”

The chief on scene will decide whether CERT is needed, says Briggs. They are usually called out to more intense fires, such as structure fires, where firefighters may spend sever­al hours putting out the blaze. Briggs said they help firefighters by provid­ing them with drinks, snacks to keep up their energy levels or a place for a firefighter to rest.

For the full story, see our May 6 issue or subscribe online.