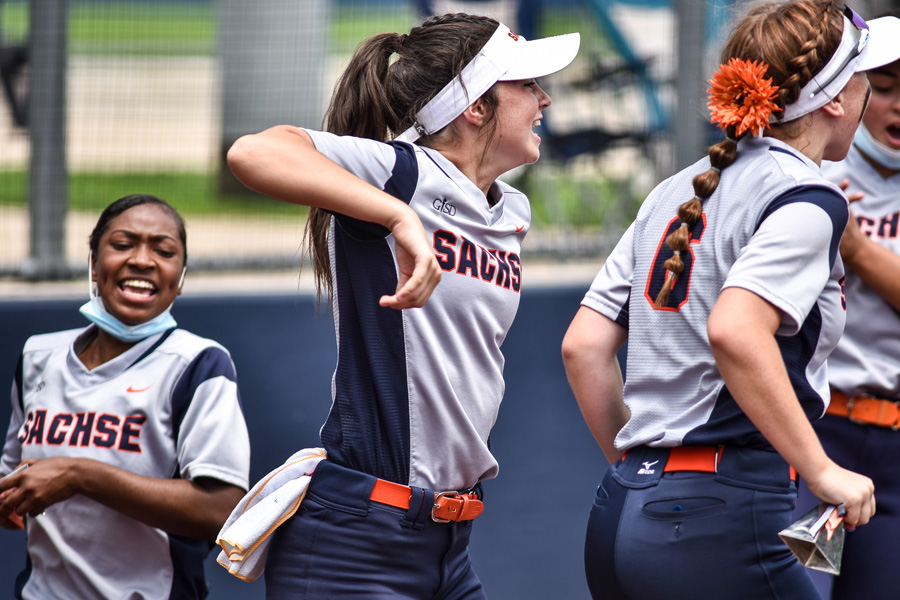 Sachse sweeps Tyler Legacy in round one

Not much went wrong for the Sachse Lady Mustangs in the bi-district championship round.

Taking on the third-seeded Tyler Legacy out of District 10-6A, Sachse swept their foes in two games. Legacy entered the postseason at 19-8 overall and 8-5 in district play, winning a tiebreaker against Mesquite Horn to clinch the third spot by a final score of 15-2 on April 26, came into the series with a lot of confidence, but couldn’t keep up with the Lady Mus­tangs.

She also got great run sup­port, with the Lady Mustangs scoring four runs in the top half of the third inning and capped the game off with five more runs in the top of the seventh inning. Nevaeh Watkins got things go­ing with a double in the third inning that drove home Rylie Clem with two outs. After two more batters reached base, one by an error and one by a walk, Kelsea Flores capped off the inning with a two-run triple to make it a four-run lead.

For the full story, see our May 6 issue or subscribe online.