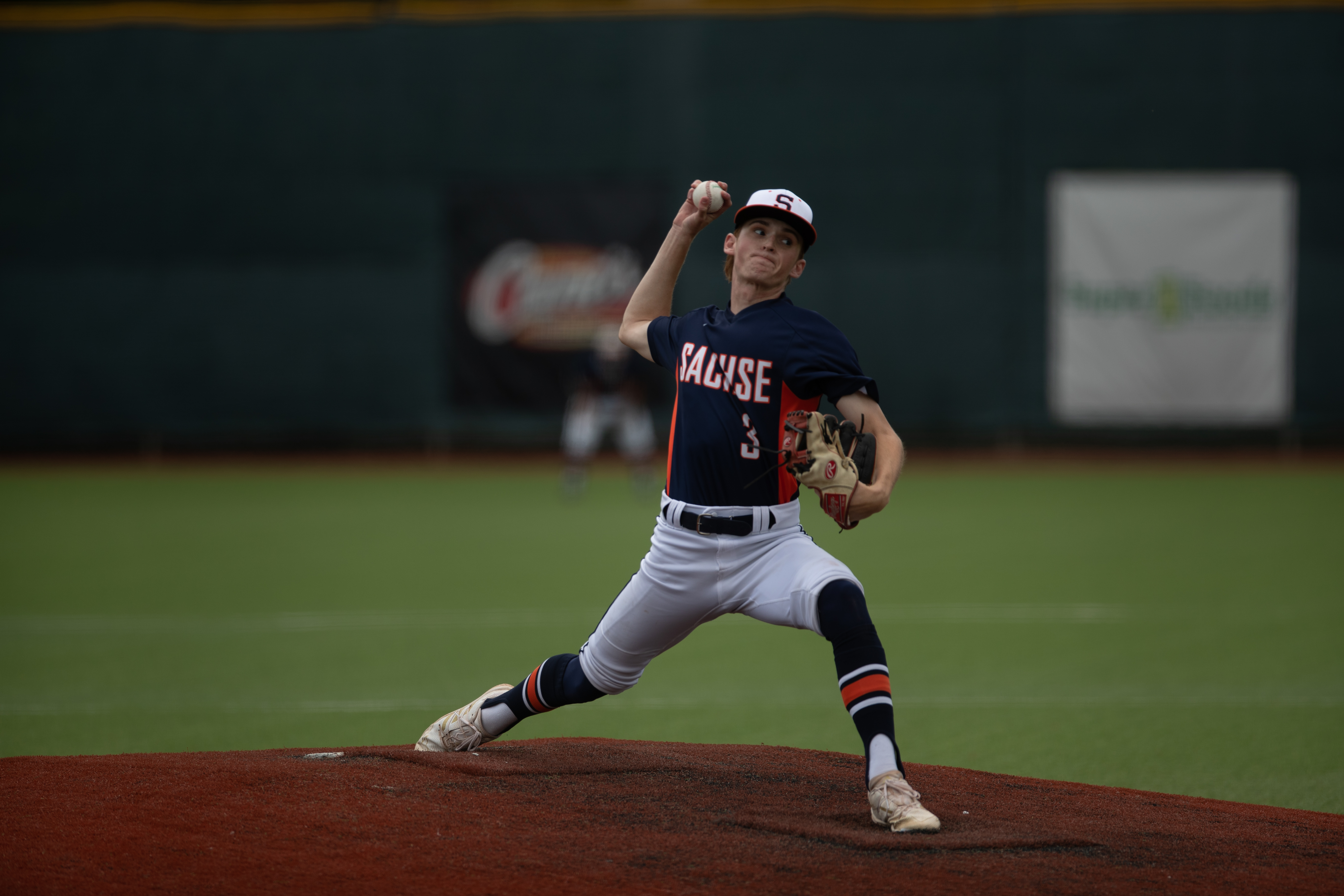 Facing off in a win-or-go-home game three, the Sachse baseball team were unable to overcome a lapse in the bottom of the fourth inning, losing to Rockwall Heath 10-0 on Saturday to fall in the regional quarterfinals.

Holding Heath scoreless through the first three innings, the Mustangs struggled to contain the Hawks in the bottom of the fourth inning, giving up six runs to open an early deficit. The big exclamation point in the inning came late, as a two-out grand slam by Karson Krowka allowed Heath to triple their lead. Heath scored two more runs in each of the next two innings to force the run rule, earning a 10-run victory.

After earning the save in game one of the series, Jason Scrantom started the final game for Sachse, earning the loss Scrantom surrendered five runs on five hits over 3 2/3 innings, striking out three. With Scrantom leaving in the fourth inning, Ryan Ochoa pitched the final stretch of the game, allowing five hits and two earned runs in 1 1/3 innings.

Offensively, Davis Tea and Harper Howard were the only Mustangs who recorded a hit, both earning a single in the fourth inning.

On the other side, Heath racked up ten hits on the day, with Caleb Hoover and Kaston Mason each leading the team with two. The Hawks were sure-handed defensively, not committing a single error. Kevin Bazzell made the most plays in the field with seven.