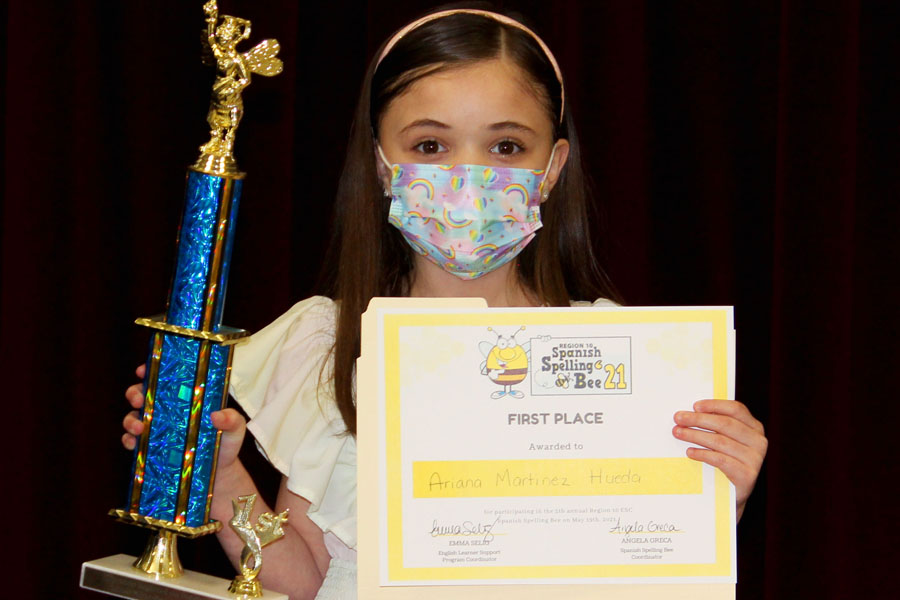 The nine-year-old won the title after besting competitors from seven North Texas dis­tricts.

“I feel very proud and hap­py,” Adriana said of her win. “I didn’t think I could win, but I did.”

Ariana said she is happy to set an example to other Spanish-speaking students because she wants to moti­vate them to continue learn­ing the language and hopes to increase participation in spelling competitions.

Ariana developed her own system to study nearly 600 works every day. She said she got the idea from her mom, who studied using the same system when she was in school.

For the full story, see our June 10 issue or subscribe online.