Cars Under the Stars parade returns 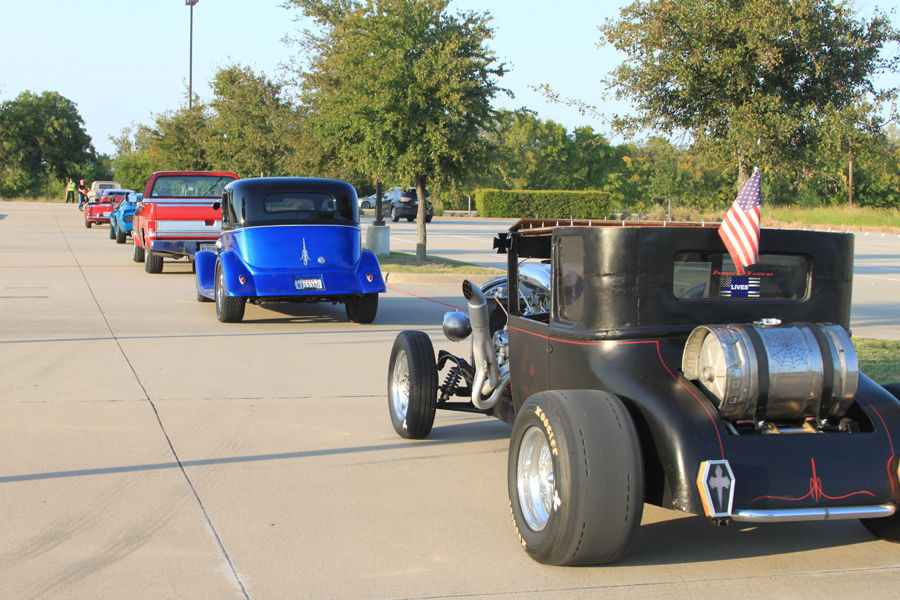 The Cars Under the Stars parade returns to the streets of Sachse Saturday, Aug. 14.

Conceived as a response to the COVID-19 pandemic last year, the parade took the place of the traditional car show. Sachse Chamber of Commerce Vice Chair Jeanie Marten said the parade was well-received by residents.

Marten said that while they did not receive as many participants as they would have liked, there were several large groups of residents lined up to see the parade. She said that she would like to see a return to the car show, but circumstances do not currently allow for it.

“We would love to have both a parade and traditional (car) show,” Marten said. “COVID wasn’t kind to the car show organizers though and we have had a hard time finding a group to help us.”

Marten said the chamber is looking for local organizers to take over the car show, which was first held in 2004. The car show was one of the chamber’s biggest events, drawing car enthusiasts from all over the Metroplex.

This year’s parade route is roughly eight miles beginning and ending at Sachse High School, says Marten, and will cross Hwy 78 twice and winds through several Sachse neighborhoods to allow as many residents as possible to see the parade.

Marten said that car owners tend to watch the weather before signing up for events such as Cars Under the Stars, however, she expects about 60 cars total for the parade.

The parade begins at 6 p.m. at Sachse High School, located at 3901 Miles Road.

Of the parade, Marten said, “This is another wonderful Sachse Chamber (of Commerce) event showcasing our incredible businesses and wonderful community.”