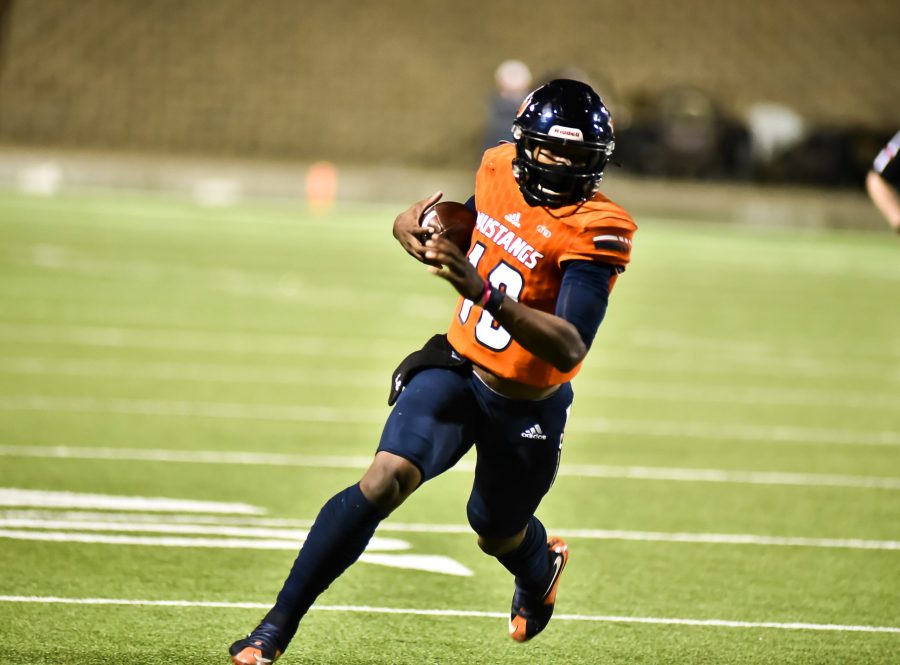 A 6-1 finish in District 9-6A meant the Sachse Mustangs were filled with talented athletes.

The Mustangs were rewarded for their strong season with three first-team and eight second-team all-district players.

Orji was one of the top players in the district all season. A Virginia Tech commit and three-star rated quarterback led the Mustangs in passing and rushing 3,251 total yards and 51 touchdowns to just nine turnovers. A senior leader and captain for Sachse, Orji finished the season with four or more touchdowns in nine out of 11 games.

Parr and Trammel were a part of a Sachse offensive line that allowed the offense to average seven yards per rushing attempt.

Among the second team players for Sachse include offensive players Luke Keefer, Cam Gladney and Connor Clearfield. This season, Keefer finished with 845 yards rushing and six touchdowns despite missing two complete games and the majority of two other games.

Albion Krasniqi, T.K. Burnley, Keeland Lemar, Levi Shirley and James Adams were the defensive players named to the second team. Krasniqi and Burnley combined to help make one of the best defensive lines in District 9-6A, with the duo combining for 13 sacks and 18 tackles for loss.

Keeland Lemar was third on the team with 58 tackles and also added an interception.