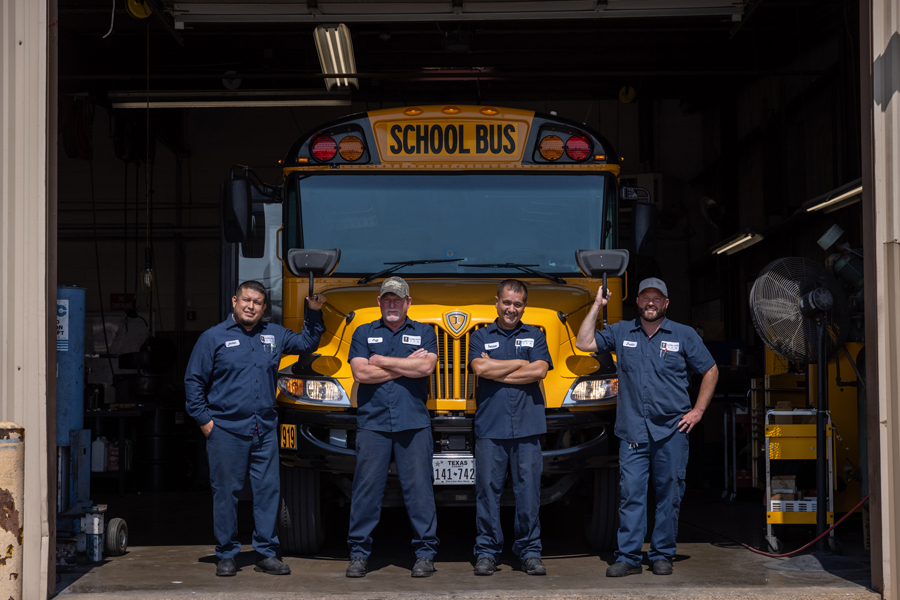 In an industry regarded as high turnover, one school district is trying to combat its turnover rate and staffing shortage at the same time.

Throughout January, Garland ISD had a shortage of drivers fueled by the local spike in COVID-19 cases, which created delays in the district’s transportation of students.

Lori Sears, the district’s safety and training manager, said the worst part of the shortage is likely over, but there were major impacts throughout January. She emphasized COVID-19 will remain a factor in some bussing adjustments, but the number of healthy drivers has increased recently.

Some bus routes in GISD have been split up to account for the absent drivers, creating longer bus rides for students, said Sears. She added it was not the most ideal way to transport students, but it still allowed for everyone to get picked up and safely driven to school.

When the district splits its routes, it allocates other drivers who are still headed to the same school.

“We’ve done a lot of things this month [January] that have improved having drivers in the buses by bringing on new drivers,” Sears said.

Garland ISD has also beefed up its training program to comply with new federal regulations that began enforcement Monday, Feb. 7.

For the full story, see the Feb. 10 issue of the Sachse News.