Teachers of the year recognized at chamber banquet 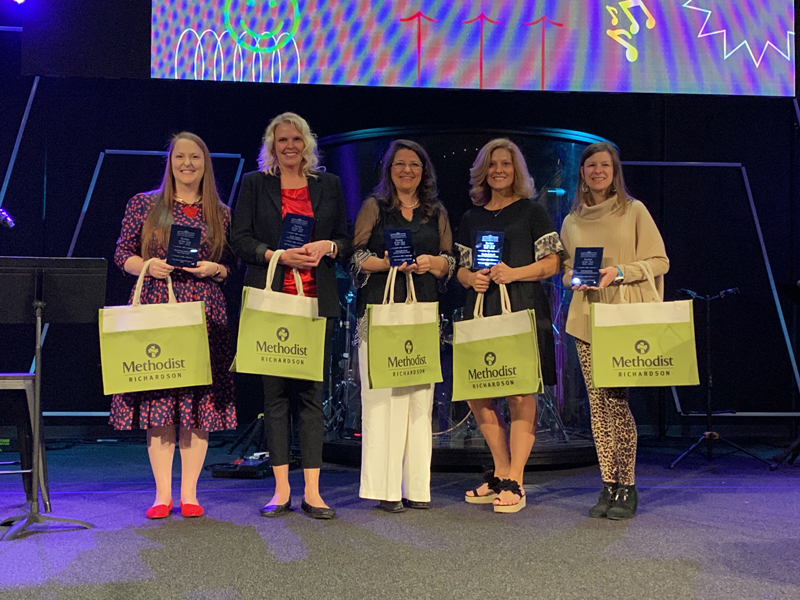 The Sachse Chamber of Commerce took the opportunity to recognize achievements of the community in 2021.

The event also featured a raffle, awarding prize baskets from the Sachse Economic Development Corporation, Kingfisher Supply Company, Landon’s Winery and others. Dinner was also served to attendees and was catered by Frankie’s Mexican Cuisine, which is located at 7218 S. State Highway 78.

Shane Schubert was named the Chamber’s Person of the Year. The Chamber Champion was Tom Withrow, who previously served on the Chamber’s Board of Directors and works with Northpointe Church.

PMB Capital Investments, who have overseen the development of The Station, won the Area Business Award. Northpointe Church was given the Sachse Business of the Year Award which is only given to businesses located in Sachse.

The Spirit of Sachse Award went to Jenny Tipton. Amanda Simants accepted the Horizon Award, which is given to a new Sachse business, on behalf of Sachse Nutrition.

Eva Hummel from Atmos Energy won the Legend Award. Mario Bautista accepted the Public Servant Award for the work he has done with the Chamber on the annual Fall Fest.

The Sachse Chamber also took a moment to recognize those who have an impact on the lives of Sachse students every day. School Response Office LaCarl Childress, who is affectionately known as “Officer Chill,” won the Guardian Award. The award alternates between the Sachse Police Department and Sachse Fire-Rescue to recognize one outstanding first responder each year.

The Community Impact Award was given to Todd Baughman from Chase Oaks Woodbridge Campus for the church’s work during the winter storm of 2021. During the storm, the church functioned as a warming center for residents who lost power.

“The Chamber has a lot of exciting things happening in the future,” Kinzer said. “We are going to be bringing back our leadership program and also continuing our great partnerships with Garland ISD and the city of Sachse.”