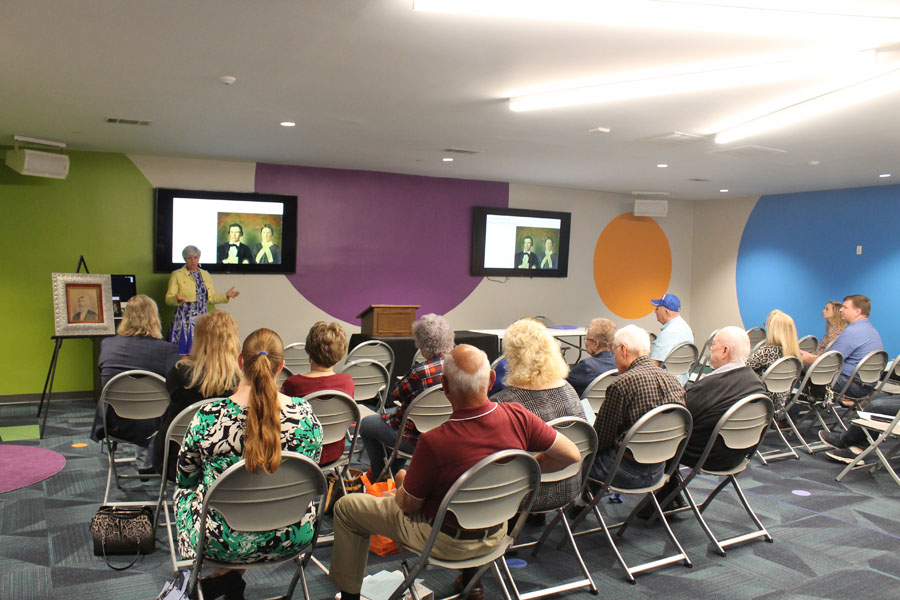 Storage and the realities of running a history museum during a pandemic were topics of discussion during the Sachse Historical Society’s annual meeting.

After holding their annual meeting on Zoom one year ago, the Sachse Historical Society held an in-person annual meeting Sunday, March 6 at Chase Oaks Church, Woodbridge Campus. The society’s membership also declined by five members to 53 over the past year.

Members approved the 2022 budget and a bylaw amendment to create three year staggered terms for each officer on the board of directors. Ed Brown, the treasurer said the museum also had a $1,200 shortage, but was able to cover it through donations.

Smith said the museum is continuing to work on enhancing the facilities of its museum including acquiring a smaller supplemental building. Initially, the museum asked for $400,000 to build an additional building, but council rejected the request, she said.

Additionally, Lindsey told members the museum had to relocate its storage units. Previously, it had two storage units but was forced to downsize to one because of cost.

The museum’s new farm equipment pavilion, which the museum began constructing last year, is almost complete, said Lindsey. She added the new pavilion will also have a storage facility attached to it to store any equipment not displayed and keep it in good condition.

Rebekah McDonough began volunteering at the museum last year and will continue to work as a seamstress maintaining the period dresses on display in the museum.

In other business, Lindsey highlighted participation in a local Girl Scout’s Gold Award project as one of the biggest accomplishments. The Girl Scout, Lizzie Roetel, created a coloring book that has also been digitized allowing the museum to have a multifaceted activity for children based on its collection.

“The great thing about this project is that we can continue to use it,” Lindsey said. “We have all the photos and documentation from the project, so we can go back and continue to add stuff to it.”