City manager is trailblazer in field 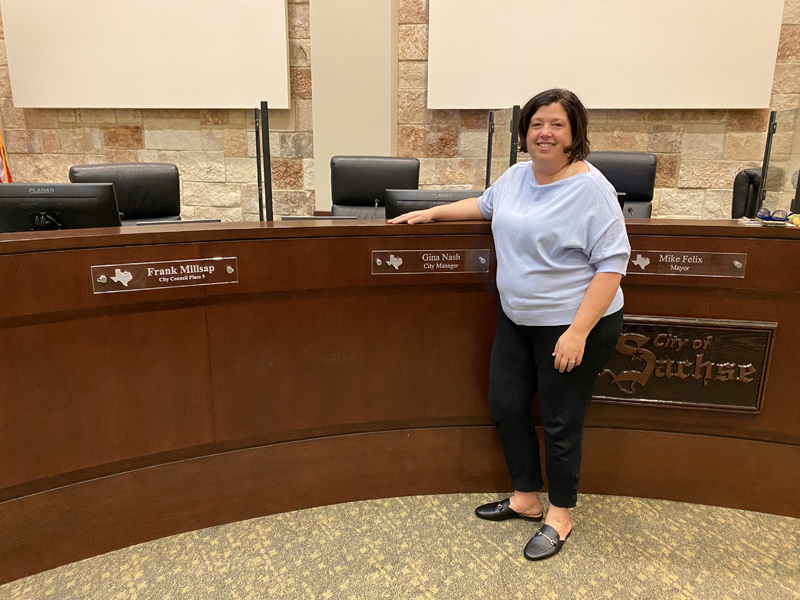 Nash said growing up in a military family instilled her with a passion for public service whether it was helping in her neighborhood or with a local church.

“I was taught early on that serving the public is where I should be,” the city manager said. “Regardless if that was my primary or secondary role, as a citizen and resident it was my responsibility.”

While she was in college, Nash wanted to work for the federal government, but a professor recommended she pursue a master’s degree in public administration at the University of North Texas. She earned her undergraduate degree from Texas A&M.

Because of Nash’s affinity for serving her local community, she stayed in school and began working with cities.

Nash met one of her mentors, Larry Cunningham, during her internship with the city of North Richland Hills while she was still studying for her master’s degree.

“Cunningham taught me a lot about writing and how to communicate effectively,” Nash said.

Although March is Women’s History Month, Nash is thankful for some of the male mentors she has had in some of her jobs. Nash’s current job as city manager of Sachse is a bit of a rarity for women. Statewide data shows that only 12% of Texas cities have female city managers.

“The interesting thing is the greatest mentors of my career were all men,” Nash said. “They were all very pro-women. My father was my first mentor and the first person that always said ‘you can do anything anyone else can do.’”

For the full story, see the March 17 issue of the Sachse News.