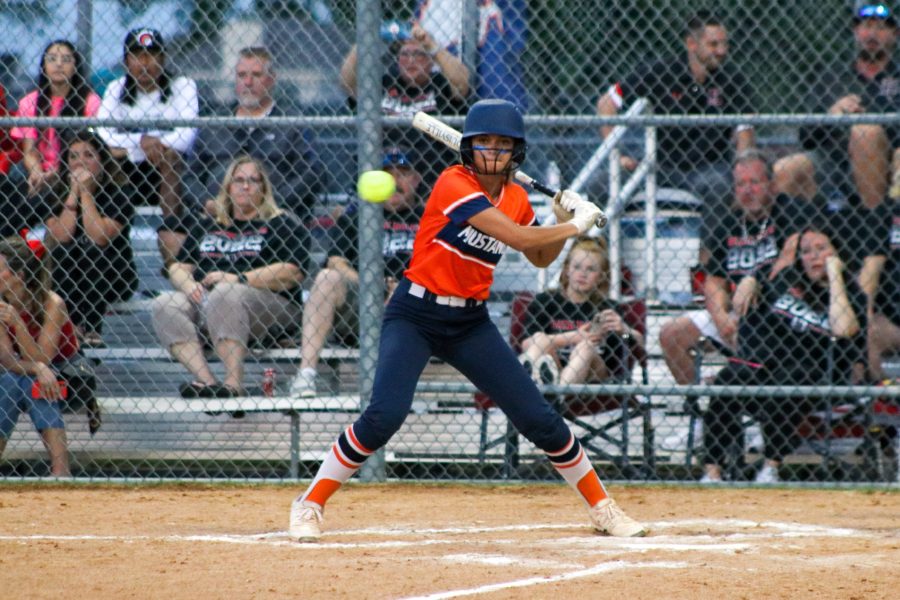 After a couple of rough innings, it was smooth sailing for the Lady Mustangs softball team.

Sachse (12-2, 22-10) swept Rockwall-Heath in the bi-district round of the state playoffs to advance to the next round. They opened the series with a 4-2 win at home on April 28.

Kayla Olthouse closed the door on a potential Rockwall-Heath comeback, getting a six-out save and striking out two batters.

Sachse followed up the victory the following night on the road, winning 14-3 to close out the series. McClarity finished with the complete-game victory, going all seven innings and striking out nine batters.

The Lady Mustangs trailed 3-2 after three innings but could tie it up in the fifth before scoring nine runs in the top of the sixth inning to put the game away. The team ended the game with 14 hits, including a 4-hit day from Kelsea Flores, three RBIs from Malani Hill and a home run by McClarity.

In the area round, Sachse will play Harker Heights this week. The Lady Knights are one of the top-ranked teams in the state and won their district with a 13-1 record. Game one will be at 8 p.m. on Friday, May 6, at Waco Midway High School. Games two and three will be at Baylor Getterman Stadium the following day, with game two scheduled for 2 p.m.