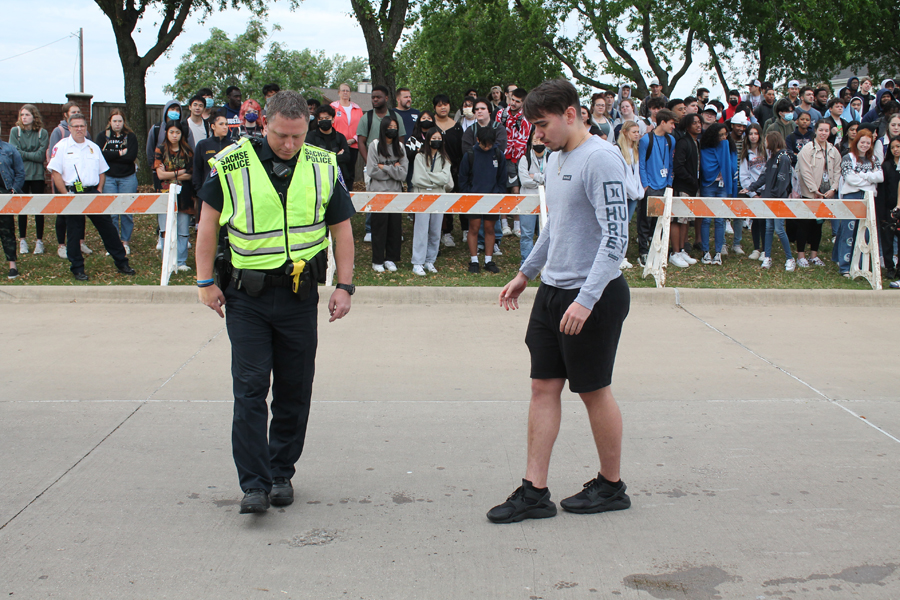 Seniors at Sachse High sat through a presentation on the dangers of drinking and driving, saw a mock emergency response and witnessed the response of a victim’s family Monday, April 25, and Tuesday, April 26, during this year’s Shattered Dreams program.

Sachse Fire-Rescue Deputy Chief Lee Richardson has been involved with several iterations of the program since 2001 and has helped coordinate it for many cities and school districts for more than 20 years.

Richardson said his understanding is that there has not been a recent Shattered Dreams event in Sachse, adding the last one took place 15 years ago.

The event is part of the department’s overall mission to make residents aware of risks outside of fires in the community.

“One of Sachse Fire-Rescue’s responsibilities is Community Risk Reduction (known as CRR),” Richardson said.  “This not only includes fire-related stuff but also major reasons for 911 calls such as major vehicle crashes, falls, overdoses etc.”

The planning for the event began around three months ago, said Richardson, and involved a number of different organizations in the community. He said multiple departments in Garland ISD and Sachse High School were part of the process along with Trinity Regional Hospital, Charles Smith Funeral Home, PHI Air Medical, Sachse Fire-Rescue and Sachse Police Department.

“Logistics is the hardest part of the program because there are so many moving parts and challenges,” Richardson said. “It is very much a team effort to get it accomplished.”

For the full story, see the May 5 issue of The Sachse News.