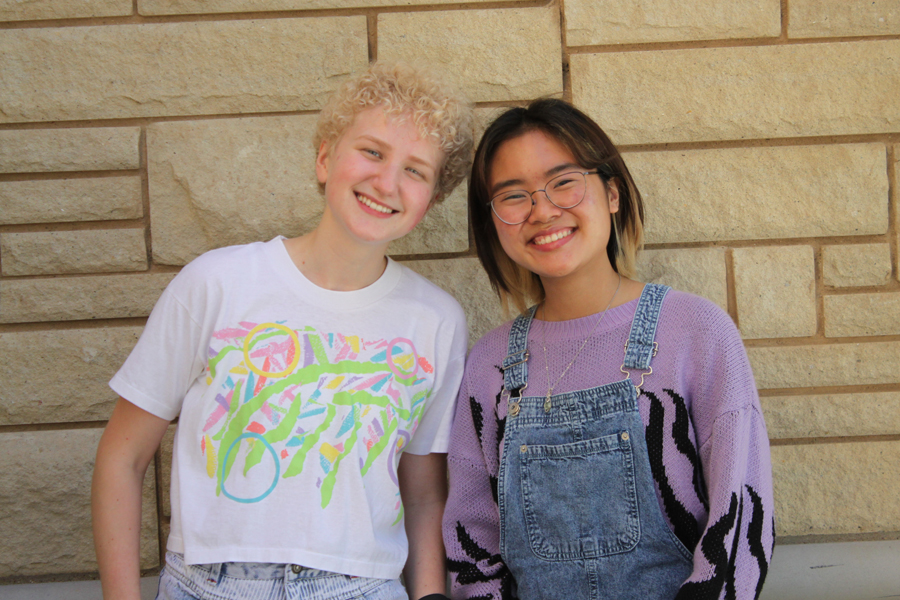 Hard work and dedication drove two students to earn the highest honors –valedictorian and salutatorian – of the Wylie East High School Class of 2022.

Kayla posted a weighted grade point average of 5.83 and Hanna came in at 5.76. Both students had an unweighted GPA of 4.0.

Kayla said she has committed to the University of North Texas, where she will study biochemistry. During college, Kayla plans to apply for the medical assistant program at Baylor, Scott and White. After college, she wants to apply to a physician’s assistant program.

Hanna said she will be attending Texas A&M in College Station where she will study computer science.

Both students said they are excited to start college.

Kayla said when she found out she was in the top ten rankings of her class during her sophomore year, she was surprised because she didn’t expect to rank.

“It motivated me to work harder in school,” Kayla said. “I always strive to be the best that I can be so here I am.”

While her parents are not strict, Kayla said they do have high expectations of her.

Kayla has been a part of Health Occupations Students of America (HOSA) during high school, serving as an officer during her junior and senior years. Her time with HOSA allowed her to compete in several competitions, including the health issues and dental terminology exams, where she advanced to state.

“Being an officer has given me a lot of opportunities to build relationships,” she said.

Hanna said band is the most important extracurricular activity she was involved in.

“I played flute all four years,” Hanna said. “I was pretty much the first chair the whole time. That was pretty cool.”
Hanna said she auditioned as a freshman and soon was playing her first solo with the marching band, an experience she described as “very scary.”

She credits her time in band with becoming closer to her friends, especially underclassman because she is expected to help teach new students various aspects of band such as marching.

“Band consumed my whole life in high school,” Hanna said. “It was the thing I focused most of my energy on.”

Hanna said she will take a break from playing flute in college so that she can focus on her academics.

Both students credit their families for academic success.

Kayla said she wants to be able to help her parents in the future as a way to thank them for their support.

Both of her parents were born in Vietnam during the Vietnam War. Kayla’s dad emigrated to the United States when he was a teenager. She said it was difficult for her because of the language barrier. He was able to graduate high school after which he joined the military and eventually married Kayla’s mother, bringing her to America.

Hanna said her family makes it easier for her to focus on school.

“It makes it less stressful,” Hanna said. “I don’t think I can come close to where I am right now without them.”

Kayla and Hanna said they are looking forward to the independence that college life will bring.