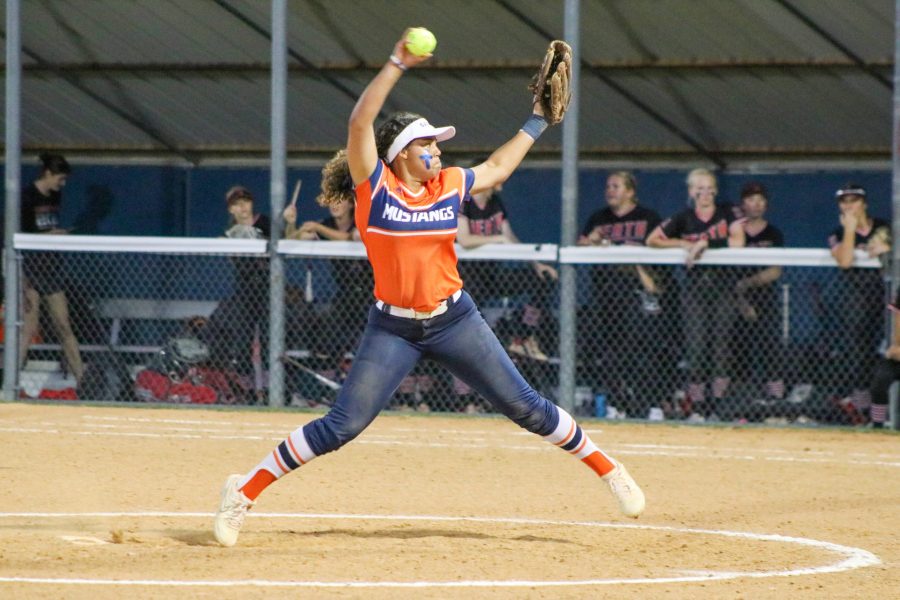 With the season coming to a close, the Sachse Lady Mustangs earned plenty of all-district hardware.

After finishing second overall in the district standings, Sachse’s (12-2, 22-12) Madison McClarity was named the District 9-6A Most Valuable Player. It was her second straight season winning the district MVP award, as she led the team with a .584 batting average to go along with 12 home runs and 51 RBIs.

The Texas Tech signee also took on a bigger load of pitching this season, ending the year with 15 appearances and a team-best 2.61 ERA. McClarity helped lead her team to the area round of the state playoffs, where they eventually lost to Harker Heights in two games.

Olthouse hit .533 this season with a team-leading 14 doubles. As the No. 1 pitcher for the Lady Mustangs, the senior also added eight home runs, 57 RBIs and 11 wins in 19 appearances.

Watkins, still only a sophomore for the Lady Mustangs, earned her second straight first-team nod while tying McClarity with a .584 batting average. The center fielder showed more power this season, hitting seven home runs to go along with 32 stolen bases.

Malani Hill, Madison Trusty and Isabella Penk were all named second-team all-district for Sacshe this season as underclassmen. The trio combined for 57 RBIs on the season, while all hit well over .300 for the year. Hill led the team with 27 walks this season.

Kamila Ochoa, Zoe Worley and Mackenzie Colwell all made the honorable mentions list for Sachse. McClarity, Olthouse and Patton were the only seniors on the team this season.