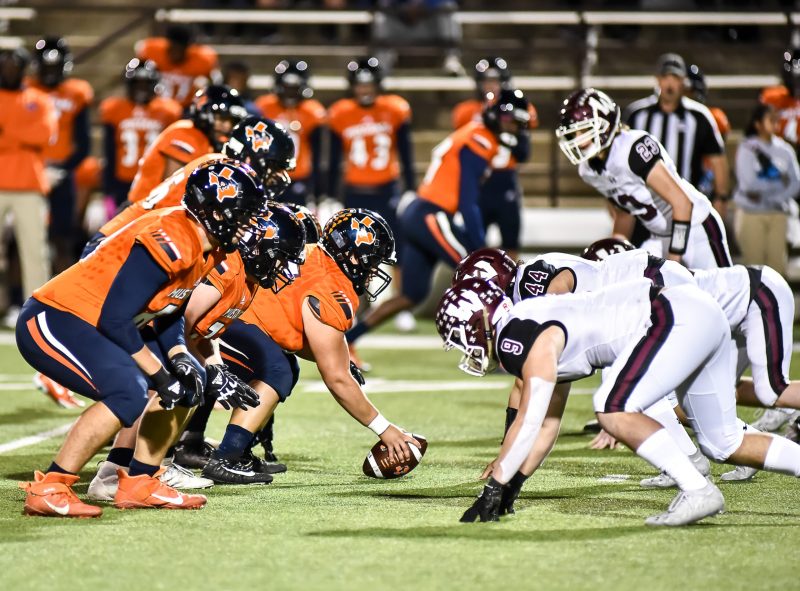 With a new season comes plenty of change, and that is certainly the case for the Sachse football team.

The Mustangs sport a new-look offense, replacing several players including four starters along the offensive line. Still, despite the turnover, head coach Mark Behrens feels good about the depth that was built over the years with the lineup.

“I’m very excited about this group,” Behrens said. “We’ve got a couple of guys with great size coming in that should be able to make an impact and we think we can hit the ground running. Our only returning starter was a guy who just started playing football, so there’s a lot of room for this group to keep getting better.”
Zach Moore is the lone returner for Sachse, after making a big impact his junior season. After spending the majority of his youth playing basketball, Moore took to the football field last season and stood out immediately with his quickness and ability to move side-to-side. He’s begun to field interest from multiple colleges as he continues to learn and develop at the position.

“The biggest thing is for him to get a little more aggressive,” Behrens said. “It’s a different game going from basketball to football and he’s so much better than he was at this time last season. Last spring he wasn’t even listed as a starter and he’s learning that his big body can move people around.”

Brady Payne, Kenny Nguyen and Austin Smith are penciled into the other starting lineup spots. Nguyen proved himself in the spring after battling a knee injury last season, while Smith slots in as the new starting center.

“We’ve been worried about how Kenny has bounced back from that surgery and we backed off of him for a bit,” Behrens said. “We didn’t know what to expect and by the third day of spring, he was controlling the line of scrimmage like I hadn’t seen before. He’s at 100 percent and we want him to keep working until he’s 150 percent and we feel that much better.”