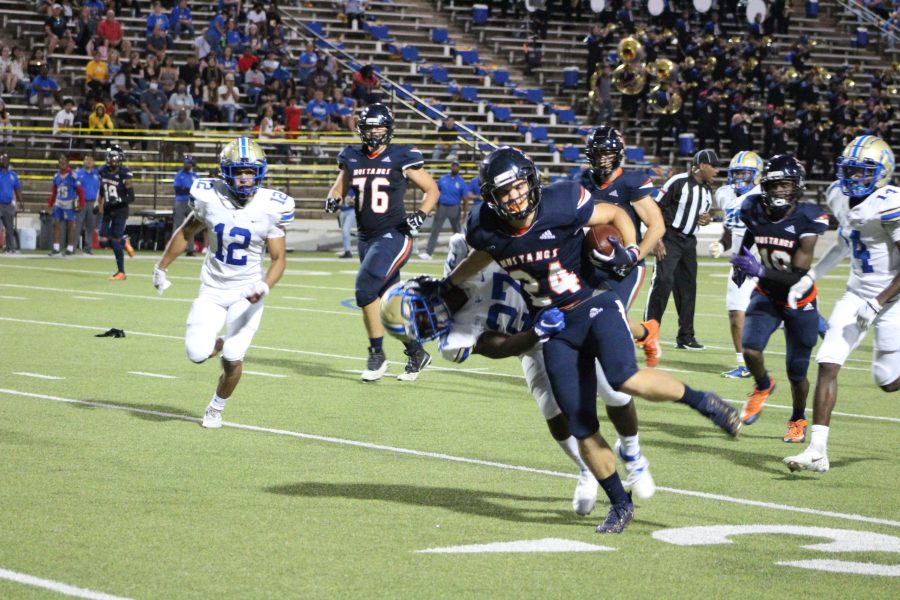 The Sachse Mustangs face significant losses on the offensive side of the ball but have plenty of experience waiting in the wings.

Head coach Mark Behrens likes the Mustangs’ three players waiting in the wings. That is definitely the case at the running back position, where the Mustangs have two returning players. They’re faced with the task of replacing the production of Sachse’s top two runners, Luke Keefer and running back Alex Orji, that led the team to 2,920 yards on the ground and 35 touchdowns last season.

“They’re all good kids, solid kids and good running backs,” Behrens said. “They all have different things they bring to the table and have offered us versatility in the backfield.”

Sachse will rotate RC Reeves, Dane Norberg and Khalyse Harris in the backfield for the majority of this season. Reeves returns to the position as the Mustang’s power running back once again. He was third on the team with 384 yards rushing and a touchdown last season.

“He’s a tough kid to bring down and another year removed from a tough injury he’ll be even better,” Behrens said. “He’s big and brings physicality to the offensive line for us that we really like.”

Norberg was the third running back on the depth chart last season but showed his ability at the position. Starting one game in place of the injured Keefer, Norberg had 114 rushing yards and a touchdown against Wylie on just 18 carries.

“He’s a little smaller, but he played a decent amount last season,” Behrens said. “He’s explosive through the whole and has great vision. He’s a tough little rascal and isn’t going to get hurt. He gets up every time and we like what he can do for us.”

Harris will compete for carries this season, moving back to his original position after playing linebacker last season. Standing at 215 pounds, he’s one of the strongest running backs the Mustangs have this season and packs a punch to their offense.