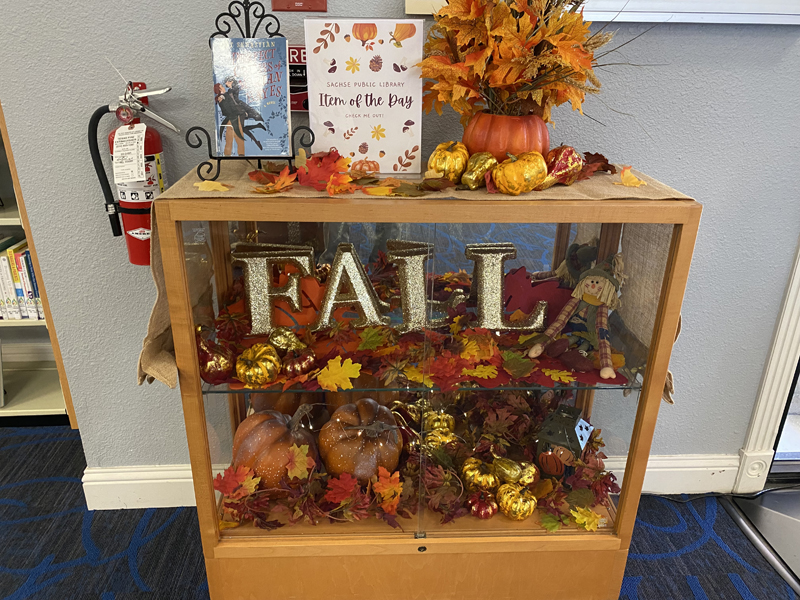 Will the official start to fall in the rearview mirror, the Sachse Public Library is ramping up its fall programming in October.

Senior Librarian of Programming Shelley Salcido and Library Programming Assistant Megan Noble both say they are excited about the various events, which are set to begin in earnest Monday, Oct. 3.

Throughout the whole month, the library is collecting donations of pet supplies for the animal shelter, Noble said, as part of its “DogTober” program. Individuals can bring in any pet food, toys, treats and other necessary pet supplies that will go toward the operation of the shelter.

“Patrons can bring anything they would like to donate to the shelter and we’ll get it to them,” Noble said. “It’ll be really convenient for them.”

Both Noble and Salcido said it is another way the library can give back to the shelter, which has been a longtime partner.

“It was something important for the community to come together and help each other,” Noble said. “It’s something that has been done in the past and needs to be brought back. Everybody loves the animal shelter and wants to help them out.”

Beginning Oct. 26, the library will host three costume parties during its regular story times. After the story, attendees will be able to parade around the library wearing their Halloween costumes and collect candy from library staff.

Not leaving residents’ four-legged friends out, there will be a pet costume contest at 11 a.m. Saturday, Oct. 29, and owners are invited to dress themselves up alongside their pets.

“They can bring their dogs up and dress them up in costumes,” Noble said. “We’ll have a costume contest at 11:30 a.m. and there will be little prizes.”

Awards will be given out for the best costumes, she said, adding that a representative from the Sachse Animal Shelter will attend to accept donations.

For individuals interested in decorating a pumpkin for Halloween, the library will be giving out pumpkins and a decoration kit starting Monday, Oct. 3. Throughout that week, residents will be able to decorate their pumpkin, said Salcido.

For the full story, see the Sept. 29 issue of The Sachse News.