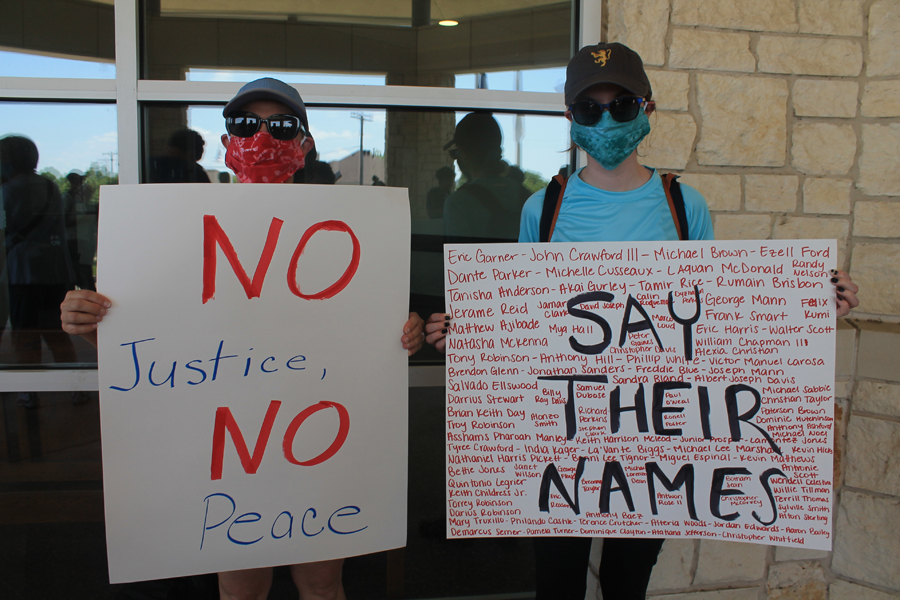 Mindy and Chelsea Halstead show off their homemade signs at the Justice for George Floyd march Saturday, June 6. The peaceful protest began at the public safety building and featured several speakers from among the community.

A crowd walked from the city’s public safety building to Heritage Park and back, a total of three miles. The dem­onstrators also heard from a handful of speakers before taking to the streets and took a knee in front of Hudson Middle School to remember victims of police brutality.

For the full story, see the June 11 issue or subscribe online.