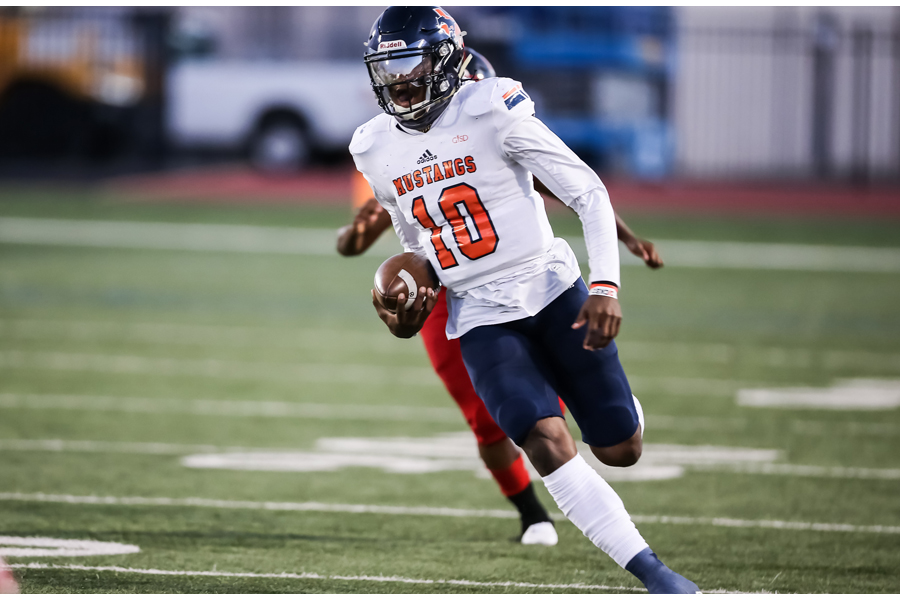 Sachse picked up their first win of the season against North Garland. They dominated throughout, out­gaining the Raiders 411 yards to 121 yards in a 41-7 victory.

After a difficult start to the season due to COVID-19, the Mustangs are right where they want to be, 1-0 in dis­trict play with an important game against Garland.

Quite simply, in Garland’s first two wins, quarterback Cergio Perez had 626 yards passing and 10 touchdowns to only one interception. He was nearly perfect and com­pleted nearly 66 percent of his passes. Garland scored 48 against Richardson and 42 against North Garland in their first two wins.

Sachse through two games has been one of the best rushing teams in the district. They’ll need to continue to do that against a stingy Gar­land defense. The Owls have yet to allow a team rush for over four yards per carry, typically the benchmark for a good rushing performance.

After the win over North Garland, coach Behrens said that he attributed the mis­takes Sachse made early in the season to a lack of game action. They had to wait an extra week to get on the field to play, then immedi­ately had a bye week due to COVID-19 cancellations. After struggling in week one, the Mustangs were again plagued with penalties and turnovers in their sec­ond game.

For the full story, see our Oct. 22 issue or subscribe online.