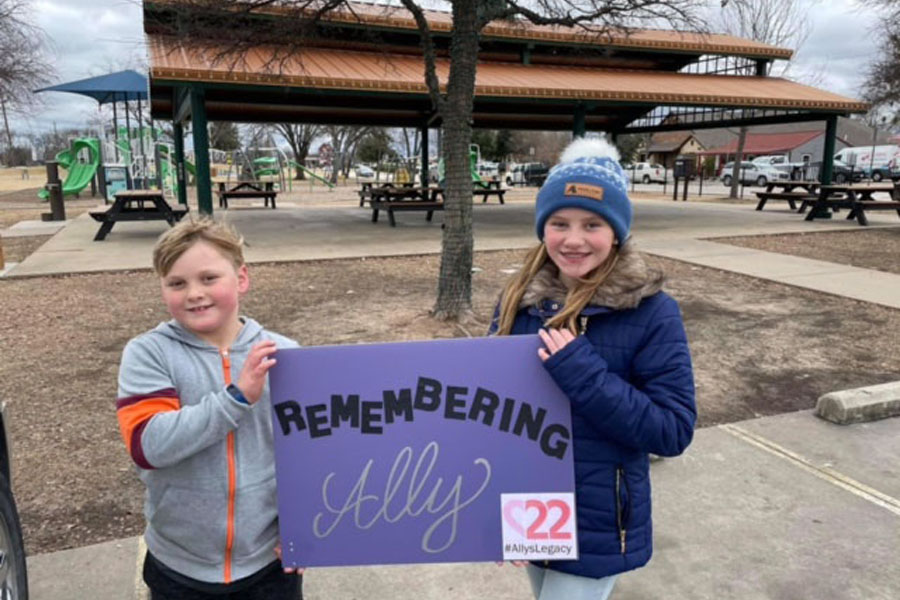 Ally Hooten was a 16-year-old sophomore at Wylie Prep when she died in an ATV accident in 2017.

She played basketball at the school and wore number 22.

Wylie Prep students per­formed 22 service projects in one day on the anniversary of her death – Jan. 7 – calling the project Challenge 22. It was the first year of the project, which revolved around stu­dents doing numerous proj­ects, such as feeding people, helping ministries, providing food for local hospitals and first responders and doing cards for military service people and nursing home residents. The students raised money to fund the projects. Also, several students from her class visited and spent time with her grandmother in Wylie, said Shauna Shea, de­velopment director at Wylie Prep who was Ally’s basket­ball coach and mentor.

“It’s bittersweet,” Shea said, describing the day. “It takes a little bit of the (trag­edy) out of losing her out and gives us something to focus on, and I know that she would be pleased that we were loving other people and helping other people because she was the type who would help anybody at any time.”

She said Ally’s parents came up with Ally’s Legacy, a nonprofit organization, to honor her memory. Money was raised to build a gym at the school and the school hopes to break ground at the school this spring.

For the full story, see our Jan. 21 issue or subscribe online.