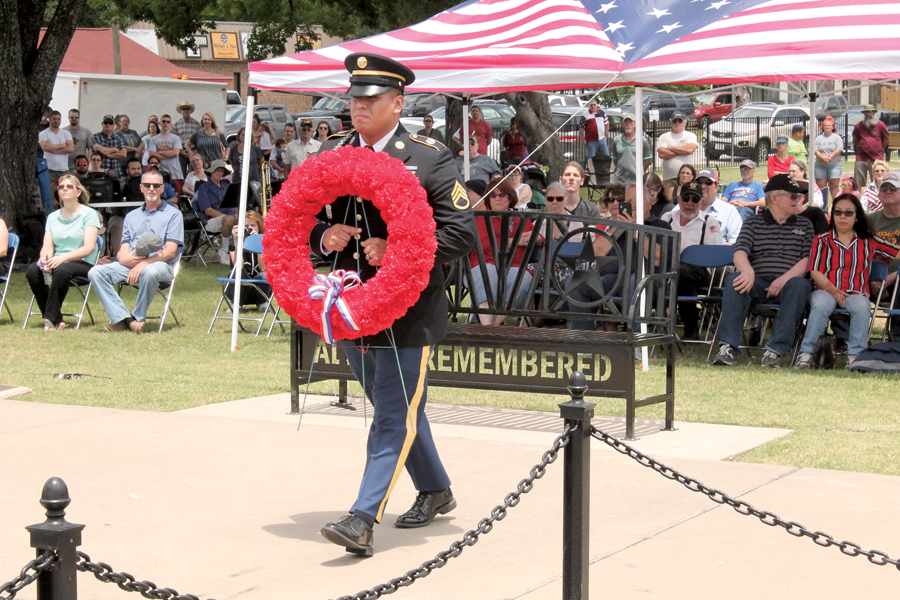 Memorial Day exists as a time for reflection about the scale of wars that Americans have fought since their nation’s inception.

Chuck Flesch, who served in the Marines for four years, un­derstands this truth, explaining almost 1.4 million American service people have died in conflicts and wars.

“That’s a heavy cost to pay to have people enjoy their free­dom and liberties they have here,” he said.

He pointed to other wise ad­ages about war:

“’Battles are fought by scared men who’d rather be somewhere else’ – that’s always stayed in my heart and soul,” he said. “The other one is, ‘There’s not really any heroes; it’s just ordinary men having to per­form in extraordinary times.’”

The Wylie Veterans Memori­al, held on May 31, will be the 11th annual salute to fallen ser­vice people. Sponsored by the American Legion Hale-Comb­est Post #315 – of which Flesch is a member – and in partnership with the city of Wylie, the cer­emony runs from 11:30 a.m. to 12:30 p.m. at Olde City Park in Wylie. People may bring their lawn chair for the event. Face masks are optional.

Mayor Matthew Porter will speak at the event, as will Flesch. Barb Welch, a Gold Star mom, will speak on the poppies, which memorialize service people.

For the full story, see our May 27 issue or subscribe online.