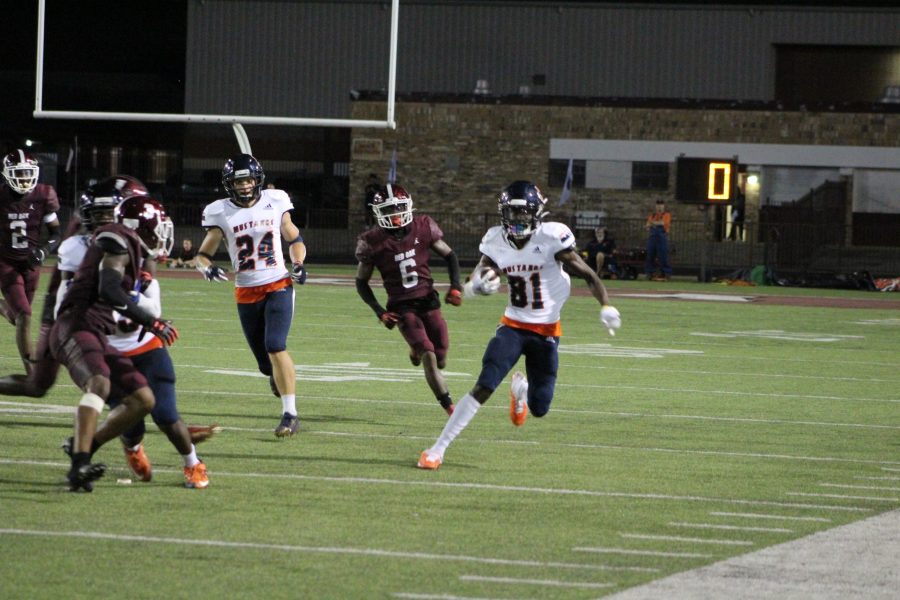 Fresh off the first win of the season, the Sachse Mustangs have a short week of work.

With a game on tonight and a holiday this past Monday, the Mustangs (1-1) had little practice time ahead of their home game against Denton Braswell (1-1). The Bengals come into the game after a 27-23 loss to Keller.

Braswell has some talented players Sachse will have to account for on both sides of the ball.

Here are the three keys to Sachse beating Braswell at HBJ Stadium on Sept. 9.

1. Hit the big plays in the passing game

After week one, head coach Mark Behrens said he was looking for more consistency in the passing game. Week two, everything was firing on all cylinders for the Mustangs. The team scored on all five possessions in the first quarter and steamrolled the Red Oak defense on the way to 734 total yards in the win.

At the center of that was Alex Orji and the passing game. Orji threw for three touchdowns in the game while connecting with eight different receivers. In week one, Jamari Harts’ speed was able to break open defenses. In week two, Jhett Creel found seams in the defense, while tight end Austin Phillips found himself open on a few occasions. One player who stood out in the win was freshman Kaliq Lockett, who reeled in two long catches for 35.5 yards per catch.

What seemed like a question for Sachse now looks like a strength, as the Mustangs have multiple weapons to throw to in the passing attack. While Braswell’s defense has looked solid, they have given up big plays in the passing game. The Mustangs like the deep ball and will have some opportunities to throw it in week three.

For the full story, see the Sept. 9 issue or subscribe online.