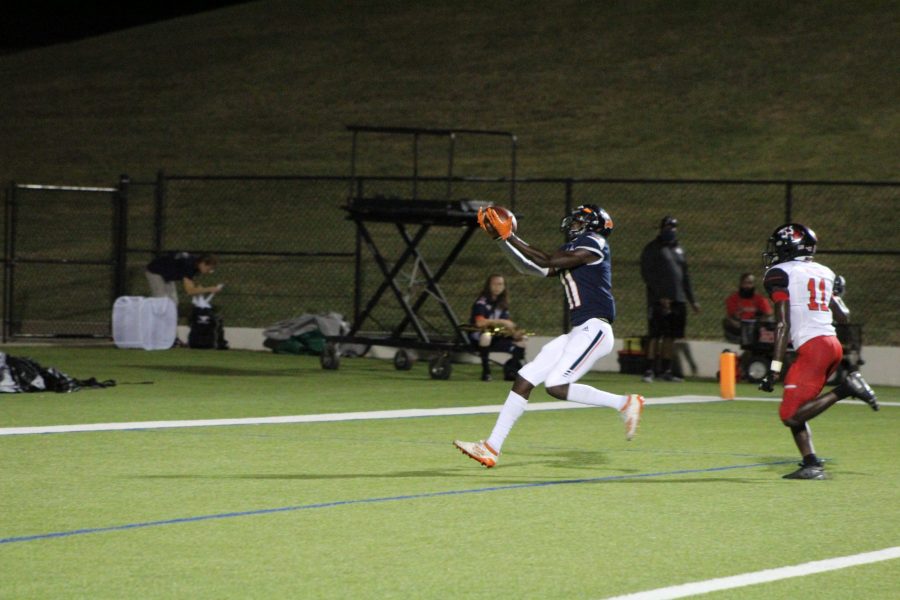 The Sachse Mustangs have been preparing for the district schedule all offseason.

As seniors Albion Krasniqi and Alex Orji said preseason, the goal is to go undefeated against District 9-6A.

“Losing a district game this year is unacceptable,” Orji said.

That slate begins with Lakeview Centennial, an undefeated team averaging 40 points per game this season. Gone is four-star running back Camar Wheaton, who is now enrolled at Alabama, but the talent in the Patriots uniform is deep. Here are the three keys to Sache (1-2) beating Lakeview Centennial (3-0).

1. Slow down the rushing attack

Wheaton might be gone, but Zechariah Dunston, Savion Hunter and quarterback Jonathan Hester II make up a formidable trio in the Patriots backfield. The three runners have combined for 622 yards and 12 touchdowns on the ground.

This is a run-heavy team, which plays into the hands of Sachse. Krasniqi, Micah Lowe, Cortland Lemar and the linebackers defended the run very well in two of the three games to start the season. Their last game, against Braswell, saw the Bengals find some success pushing the Mustangs around. If Sachse can match the physicality of Lakeview, they can win this game.

For the full story, see the Sept. 16 issue or subscribe online.