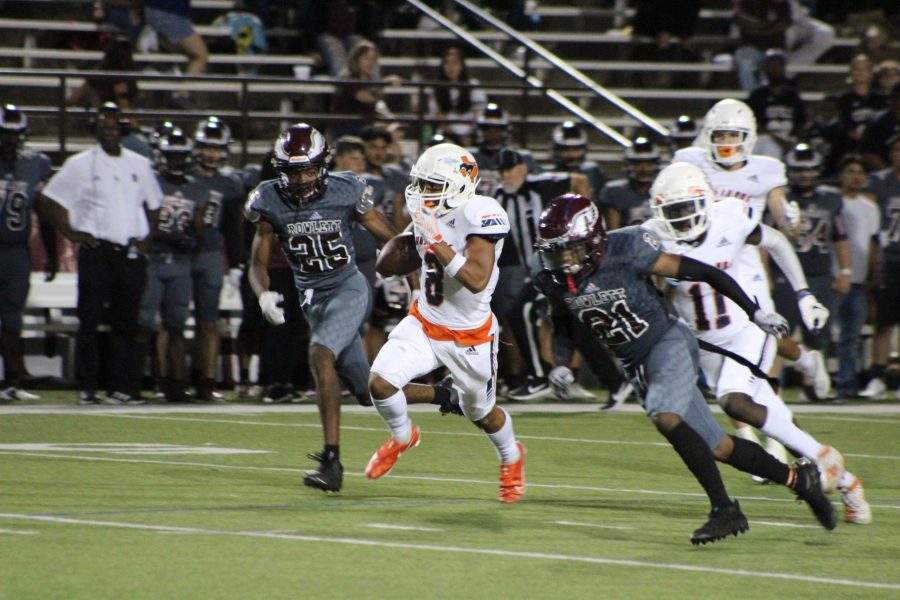 The Sachse Mustangs are on a roll but aren’t wasting time looking ahead.

Sachse (2-0, 3-2) travels to Williams Stadium to take on North Garland (1-1, 4-1), the team tied for third in the District 9-6A standings. The Raiders entered the district slate undefeated but lost their opening game to Naaman Forest. Last week they didn’t play, winning from a forfeit victory over Lakeview Centennial. With the Raiders having one of the biggest turnarounds from last season, they present a tough matchup for the Mustangs.

Here are the three keys to Sachse coming out on top over North Garland on Oct. 1 at 7 p.m.

The brightest spot from the surprise North Garland team has been at quarterback. Sophomore Godspower Nwawuihe leads the team in both passing yards and rushing yards this season. He’s also contributed 16 total touchdowns to only three interceptions. Nwawuihe is a talented player who helps make the offense click.

In the loss against Naaman Forest, Nwawuihe had a difficult time against the Rangers’ defense. He finished the game with his lowest yardage output for the season, averaging just 4.45 yards per play on 40 dropbacks and carries.

Sachse’s defensive line has been its strength all season. T. K. Burnley, Micah Lowe and Keeland Lemar have all made big plays this season. Last week against Rowlett, Burnley had two sacks and Lemar had an interception. If Sachse is to beat North Garland, it comes down to the defensive line containing Nwawuihe in the backfield and limiting his influence on the game.