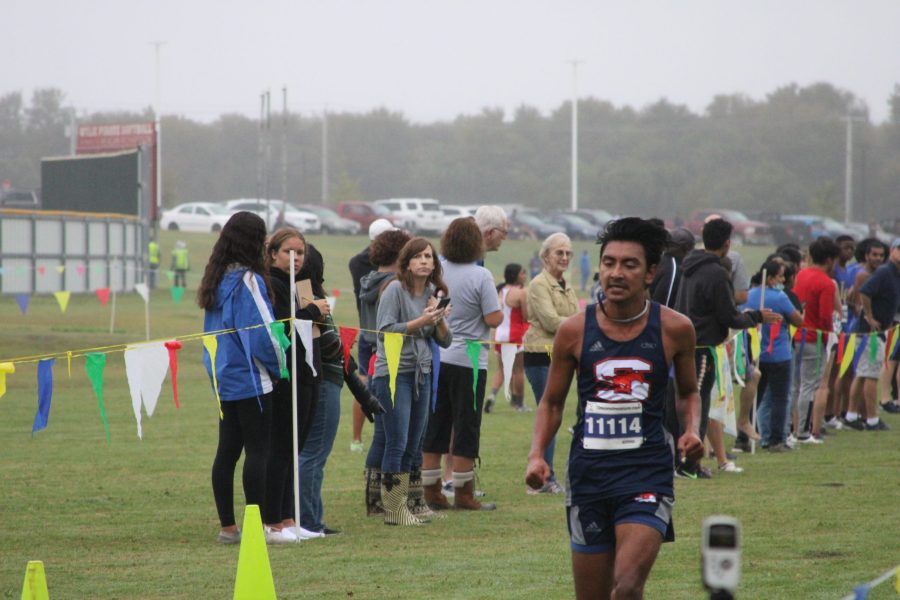 The Sachse Lady Mustangs have seven top 10 runners on their way to a District 9-6A championship.

Running at the Wylie High School course Thursday morning, the Sachse girls team finished first overall with a total of 24 points. The other regional qualifiers were Wylie and Rowlett, who finished with 40 and 98 points, respectively.

In the meet, Sachse had all seven of its varsity runners finish in the top nine. They will all advance to the regional championship. The top three teams send their best five runners, plus any other runners with a top 10 finish also advance.

The top runner for Sachse was Anna Eischen. Dealing with a rainy and humid day, Eischen ran her slowest time of the season but finished second overall with a time of 20:55.1. She was 45 seconds behind district winner Liv Lambert of Wylie.

In the boys meet, the Mustangs finished third overall, making them the last team in the district to qualify for the regional championship. Sachse finished with 78 points, behind Rowlett (73 points) and Wylie (17 points).

Sachse’s top five runners advancing to regionals were Israel Garcia, Lucas Carter, Joey Kelly, Logan Fivash and Carson Mcrae. Garcia ran in 10th place (18:46.2) as the top runner for Sachse. The top runner overall was Wylie’s was Nathanael Berhane. He crossed the finish line first overall with a time of 16:07.8.

Daniel Garcia also ran in 35th for Sachse and will qualify with his team. His run did not count towards the point totals for the Mustangs.

The Sachse Mustangs will run at the Region 2-6A Championships on Oct. 25 at the Jesse Owens Complex in Dallas.

For the complete story see next Thursday’s edition of The Sachse News. Support your community newspaper for less than $40 a year.