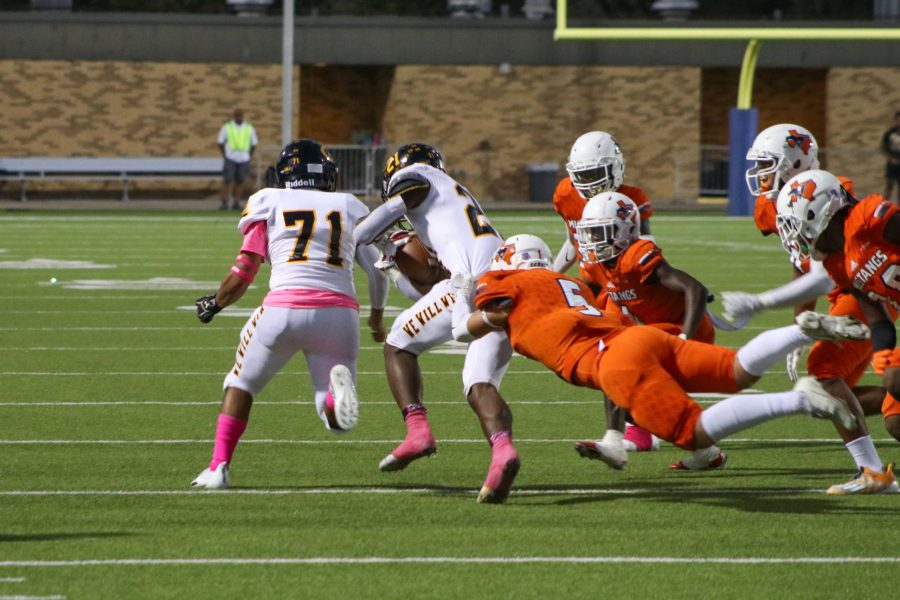 Following a tough loss to Garland, Sachse needs to bounce back.

The Mustangs (3-1, 4-3), coming off their first district loss of the season, take on South Garland (0-4, 0-7). The Titans are in last place in the District 9-6A standings and looking to play spoiler, but the Mustangs need a win to maintain their position in second place.

Sachse is the favorite to come away with a win Friday night at HBJ Stadium but can’t have any letdown. Here are the three keys to Sachse defeating South Garland.

Sachse has had a strong rushing attack all season long. Led by quarterback Alex Orji, RC Reeves, Luke Keefer and LaDon Littlejohn, the Mustangs have 1,926 yards rushing on 7.38 yards per carry. While Keefer sat out last week with an injury, there’s enough depth in the Sachse backfield to make up for it.

Luckily for them, it’s also where South Garland has struggled the most. The Titans have surrendered 309 yards per game on the ground, and 18 touchdowns in three non-district games and that mark hasn’t gotten better in district play. That mark is tough to overcome, and Sachse should have a definitive advantage at the line of scrimmage.

The game against the Titans gives the Mustangs a great building block to end the season. It starts with a strong running game capable of big plays.