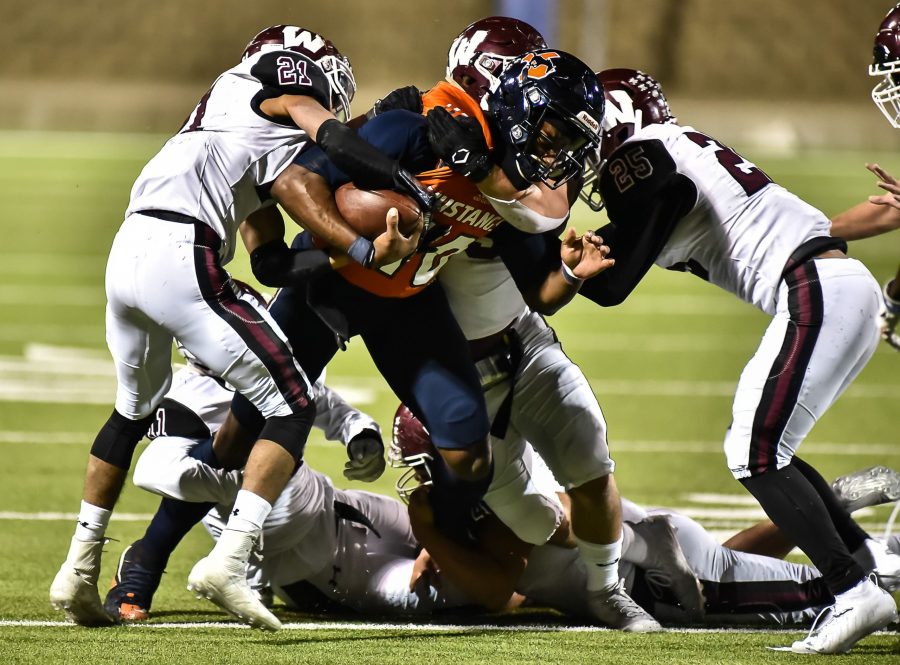 In a game with five lead changes, the Sachse Mustangs came out on top.

Sachse (6-1, 7-3) capped off the regular season with a narrow 21-20 victory over Naaman Forest (5-2, 5-2). The victory clinched Sachse’s home-field advantage in the bi-district round against Mesquite, who the Mustangs will play at Homer B. Johnson Stadium next Friday.

The Mustangs opened the scoring on the defensive side of the ball. Ivory Chester intercepted Naaman Forest’s Tray Walton pass, returning it 39 yards for the opening score. However, every time the Mustangs scored, the Rangers had a response.

Specifically, Kingsley Bennett had a response. He scored Naaman’s first touchdown on the very next play, running 69 yards for the score. Bennett led all players with 255 yards rushing and two touchdowns.

With the first half score 12-7 in favor of Naaman Forest, it represented the first time Sachse’s offense had been shut out for a half all season. The Mustangs opened the second half with a 6-minute, 13-play drive that resulted in a short Alex Orji touchdown run.

His two scores, including the game-winner with 8:16 remaining, gave him 49 touchdowns for the regular season. Sachse finished with 214 yards rushing on 51 carries, with Luke Keefer leading the team with 113 yards on the ground.

The Mustang’s defense sealed the game with two fourth-down stops, giving the Rangers their second loss of the season.

For the complete story see next Thursday’s edition of The Sachse News. Support your community newspaper for less than $40 a year.