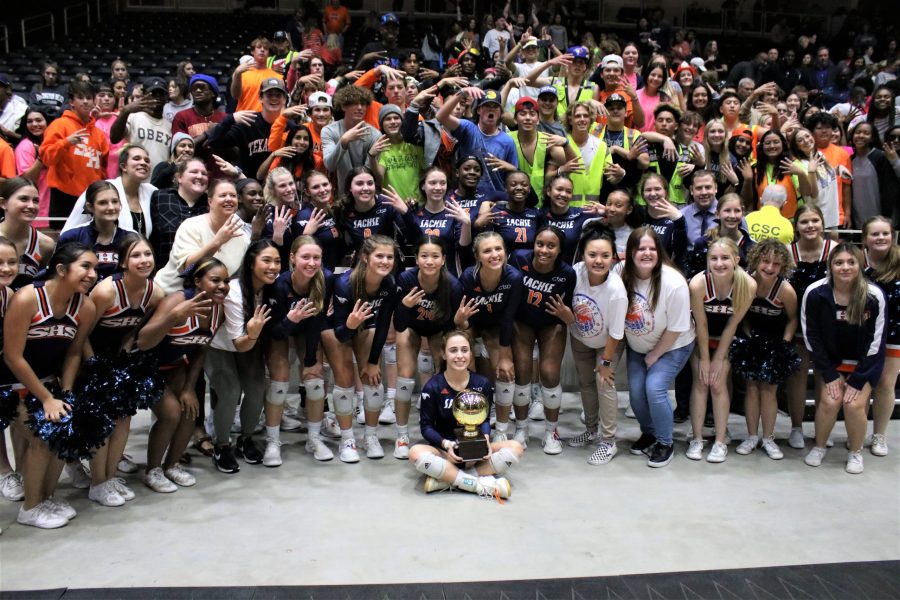 Sachse got things going in the first set with a 13-8 advantage led by Macy Taylor and Kaelynn Sims. Rockwall committed four service errors in game one and Favor Anyanwu ended finished things off with a kill to give Sachse the early edge.

Every time Sachse made a move, however, Rockwall had an answer. The Lady Jackets won games two and four after losing in the first and third. Despite the Lady Mustangs trailing in all five sets, head coach Rikki Jones praised Sachse’s ability to fight back.

“They were resilient,” Jones said. “They did a really good job in a long game. We haven’t dealt with many five-set matches, but the work put in practice and their winning mindset made the difference. We got our butt’s kicked in games two and four, but they push each other every day this season and it showed.”

In game five, Sachse fell behind 11-8 before a four-point run — capped off by kills from Taylor and Anyanwu — which gave the Lady Mustangs the lead for good. Rockwall ended the match with another error on the attack.

With the victory, Sachse advances to the 6A regional semifinals, where they’ll take on Bridgeland this Friday in Lufkin. The Bears are 36-11 overall and finished second in the District 16-6A standings, but have won their last seven games.

For the complete story see Nov. 18’s edition of The Sachse News. Support your community newspaper for less than $40 a year.