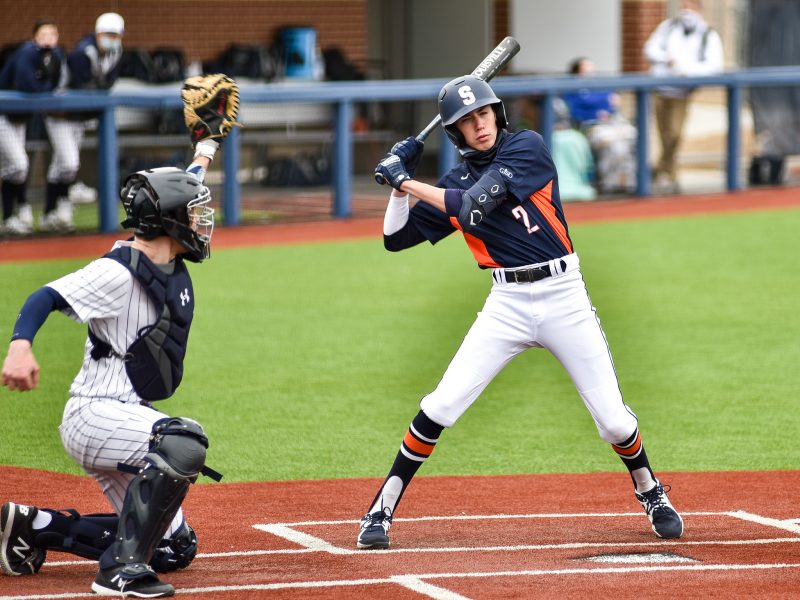 The Sachse Mustangs had their opening season tournament canceled but were still able to get one game under their belt.

Sachse (1-0) was slated to play in the Wylie East tournament but instead just played the Raiders Monday night in a 15-9 victory. The Mustangs raced out to a 10-run lead in the top of the first inning and never looked back.

The first five Sachse batters reached base thanks to two Wylie East errors. Jesse Ponce drove in the first run of the game with an RBI double and followed it up with a two-run home run later in the inning after the Mustangs batted around. In total, Ponce went 4-for-5 with four RBIs and was a triple away from the cycle.

Other hitters that performed well for Sachse were lead-off hitter Jhett Creel, who reached base five times and scored three runs in the game. Harper Howard also went 2-for-3 and drove in a run.

Keith Willis earned the win on the mound but had a bit of a rocky start to the season. He hurled 1 2/3 innings and allowed four runs on four hits without striking out a batter. Sachse used seven pitchers over the seven innings of work.

The Raiders began to chip away at the lead, but the Mustangs did an excellent job of getting key outs and preventing big innings. East only scored more than two runs in one inning, despite scoring nine for the game. Josh Hollingsworth was 2-for-5 with an RBI and Nathan Lam 2-for-2 with two RBIs and two walks.

With better weather ahead, Sachse will play in the Collin County Invitational this weekend, taking on Little Elm on March 3.